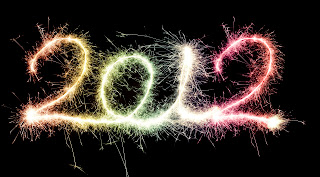 Another year is nearly over and after such an eventful 2012 in London (Olympics etc!), personally I too have had quite a remarkable year. Here are the four major reasons why.

1. In January ’12 we finally took the plunge on the property market and moved into our own flat in Crouch End. I cannot describe to you how wonderful it was to set my roots down again. (A few mishaps like being shut out on the balcony not withstanding) In the last 11 months or so we have grown to really love this part of North London, from its pubs (The Maynard Arms and The Queens), to its award winning coffee shops (The Haberdashery and The Blue Legume) to its fishmongers (Walter Purkis and Sons). The End is truly a lovely place to live.

2. The year 2012 also saw the first ever Crouch End Festival, a feat of local arts in the form of music, literature, dance, performance, bunting displays around the Broadway and much, much more. The festival broke all records for both the supply of events and spectators, but to me it was a fantastic way to get to know the local arty folk. (It’s reputed that over 40% of the people living in N8 are working in the creative industries – no wonder I feel so at home here). I cannot wait for the 2013 Festival which I’m lucky again to be involved in.

3. The year 2012 was also significant for me because I published my first ebook, The Englishman. As well as having wonderful support from many of my fellow bloggers, who reviewed the book and/or let me talk about The Englishman on their sites (thank you Tania, Karen, Expat Mum and Ruth), it got terrific reviews (4 and 5 stars!!!) on Amazon. It was also a choice of the month at Indy Writers and became an Awesome Indie. It also made the N10 Show locally, where for the first time I read out loud from the book. That was scary….What’s more the sales of the book have completely outstripped my expectations. All is now set for the next two books to be published in 2013. My tale of displacement, Pappa’s Girl, will be out in January closely followed by a gentle spy thriller, The Red King of Helsinki. All I now need to do is to finish the next one…

4. Last, but not least, this year I found a diet that works for me: the 5:2 fasting. I’ve talked about it  lot here, but the fact is that I lost a whopping 5 kilos in the first two months! Plus the fasting has completely changed my relationship with food, so much so, that even during this holiday season when I decided to give myself a break with the diet, I’ve not been overeating as I usually do either. This is truly unusual and revolutionary for me. I cannot wait for the New Year when I will be starting the regime anew. And roll on 10 January when Dr Mosley’s book, The Fast Diet is out (where this blog gets a mention).

So those were my highlights of 2012 – what were yours?