Occasionally you feel that a much-loved book needs a new set of clothes: this is what a new cover is all about.

The Red King of Helsinki

He’s a rookie spy chasing a violent Russian KGB man. She’s a young student looking for a friend who has mysteriously disappeared. Can he save her?

At the height of the Cold War, former Royal Navy officer Iain is asked to work undercover in Finland, the playground of the Russian KGB. He’s to investigate Vladislav Kovtun, a violent Russian spy, dubbed The Red King of Helsinki. This is Iain’s first assignment, and when he discovers the bodies left in Kovtun’s wake, he quickly gets embroiled in danger.

Young student Pia has two goals in life: she dreams of a career in gymnastics and for Heikki, a boy in her class with the dreamiest blue eyes, to notice her. But when her best friend, Anni, the daughter of an eminent Finnish Diplomat, goes missing, Pia begins to investigate the mystery behind her disappearance. Unbeknown to Pia, Kovtun is watching her every move, as is the British spy, Iain. Will Iain be able to save Pia before it’s too late?

If you like Nordic Noir, you will love this fast-moving Nordic spy story.​

Where Did the Story Come from?

I started writing The Red King of Helsinki after I became obsessed with a tragic incident from my own school days in Helsinki. During my first Sixth Form year (College to US readers), one girl in our class committed suicide by jumping out of the window of her high-rise flat. It was a heartbreaking event, especially as this girl was very shy and none of us really knew her.

There was a rather rowdy (alcohol-fulled) party on the school premises. During the evening, it was rumoured that this girl said something bad to a teacher. She ran home and the next day we heard the awful news. Everyone in the class felt responsible. Why didn’t we take the trouble to get to know her better? Why didn’t one of us take her home and make sure she was OK?

Years later, looking through my old photographs I found a class photo and immediately spotted the girl at the edge of the third row. Most of the 17-year-old students tried to look cool, laughing or sneering at each other. Apart from one girl. As I peered at her face, I saw that she was the only one unconcerned with the people around her. She was glancing upwards to the sky with an angelic expression on her face.

While I was obsessing with the sad story of my fellow classmate, I began thinking what if she didn’t jump but was pushed out of that window? And what if the reason she was pushed was that, unwittingly, she was involved in some kind of a Russian spy ring? I had read many articles on the spy activity in Helsinki during the Cold War and before. (I know, it’s far-fetched, but I’m a writer!)

Spy Capital of the North

During the Cold War, Helsinki was teeming with American, British and Russian spies. Finland is a neutral country, with a long land border with mighty Russia. All through its modern history, Finland has tried to keep its neighbour happy while it has tried to remain independent. (This policy, when a country decides not to challenge a more powerful neighbour in foreign politics while maintaining national sovereignty, is known as Finlandization.)

The Russian secret service, the KGB, had several operatives working in Helsinki, making sure that Finland kept its neutrality intact and that our small Nordic country didn’t ‘succumb’ to Western Capitalism.

When, in 1979, the British Government announced that the Royal Navy would make its first official naval visit to Helsinki since World War II, the spy activity in Helsinki went into overdrive.

For a writer, this kind of historical detail is pure gold. Add to that an obsession with the death of a fellow classmate, and suddenly my creative juices were spilling over.

The first draft of The Red King of Helsinki attracted the interest of a literary agent, but there was a snag. She thought the manuscript had ‘too many deaths’. Together with the agent, I rewrote the novel. Sadly, the story of my classmate, so central to my inspiration for the novel, was axed. Perhaps it will be fodder for another story in the future? But I think The Red King of Helsinki is better, more tightly woven, as a result of all those discussions and redrafts. What’s more, I learned a huge amount of the structure of a story, characterization, and plot during the rewriting process.

This spy novel has been very popular, even though it’s a little different from my other books.

Excellent read!! I’m looking forward to reading more books by Halme.. Medium paced with very interesting characters. If you have visited Finland you will understand the weather conditions and the citizens’ reaction to Russia. Truly enjoyed. –Amazon

I absolutely loved writing The Red King of Helsinki (twice), and am tempted to make it into a series of books. Or at least write another spy story. We’ll see!

While mulling over a possible sequel, a series, or another spy thriller set during the Cold War in Finland, I thought I’d refresh the cover of The Red King of Helsinki. I felt that the book needed a little TLC.

So here it is, the new cover. What do you think? 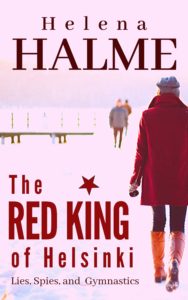 The Red King of Helsinki is available from these retailers: 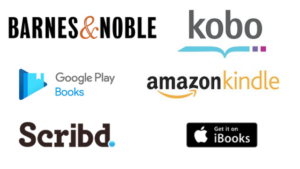 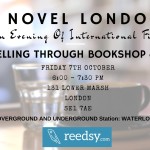 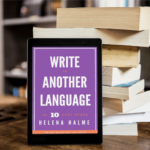 How to Write in Another Language 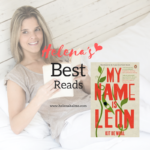