Last time in this series of posts about what to do if you have an idea for a book, I talked about reading in your genre and writing as much as possible. Today, I’m going to talk about what to do when you’ve finished the first draft.

What to Do When You’ve Completed the First Draft?

When you’ve completed a manuscript, the first thing you need to do is CELEBRATE! 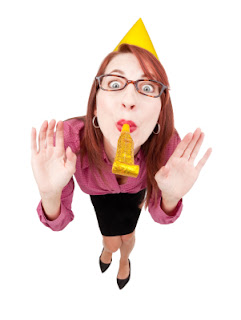 But the next day, you need to get down to work again, and start editing. This is my least favourite task of the whole writing process, but we are all different, and this might be something that you particularly enjoy. It is, after all, easier to make something of something that already exists, rather than create the words and stories out of thin air. That work is now done.

Remember, the first draft is just that – a draft. You need to use all your powers of objectivity, and check that the plot, characters, dialogue, and back story work. You need to fact check, make sure all the place and character names etc. are used consistently throughout the novel. You need to make sure that the style of the novel is right for its genre, and of course, you need to check for spelling, grammar and point of view. The more of this work you do now, the less of it is left to your editor. (If you want to employ a professional editor, that is – see below)

There are a lots of editing help online, start by checking out the ALLi blog and site here. 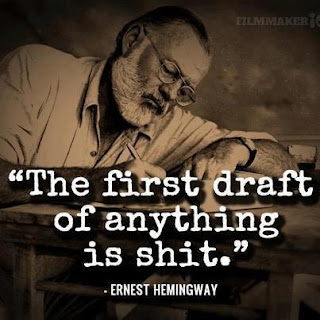 Unless you are a very skilled at self-editing while you write, the first draft will be one of several drafts. I think all of my books went over the ten draft limit – one of them, The Red King of Helsinki, I completely re-wrote on the advice of an agent. I basically wrote two novels on the same subject!  Coffee and Vodka was part of my MA in Creative Writing course work, and this novel too went through many versions – it even had a different title for a while. The Englishman, my third novel, was born out of a series of blog posts, written in first person. For the novel version I changed the POV from first to third, and added a little more back story. So, anything goes as long as you remember what Hemingway said…

Who Should Read Your Manuscript First?

Once you’ve edited your book, around three or more drafts later, it’s time to show your book to some-one else. I tend to show my early drafts to my husband – he does the first corrections, and also tells me if the book is any good or not. This, as you may imagine isn’t the happiest of solutions, but it works for us (and we are still married after three novels and many, many drafts).

But, apart from a very critical and honest partner, I would strongly advise you not to show your work to family and friends for evaluation. They will not give you an unbiased opinion, simply because they love you. Even unwittingly, they’ll think the novel better and funnier (if you wish it to be), or tragic (if that’s what you’re after) than it is.

Instead, try to show your work to some-one who doesn’t know you and who will give you a brutally independent opinion. Because, when it comes to sending your baby out into the world, it will be bruised, or rather the criticism will bruise your ego, so why not begin with constructive criticism from just a few people? Criticism, which you can follow or not, according to what you yourself think. It’s your book after all!

It’s quite easy to find people you don’t personally know, but whose opinion you value, online. (I’ll be talking about the importance of networking in a later post). Because my first published novel, The Englishman, began as a series of posts on this blog, I was lucky to have several people who’d already read bits of the book and were willing to read a draft, and give their honest opinions on it.So, just go ahead and ask. The worst reply you can have is a ‘no’.

I asked about ten people to read The Englishman manuscript, and three of them actually read it. Some didn’t reply, some said they would read it, but didn’t come back to me. This is just something you have to accept. Reading and critiquing your work is a huge favour, so be nice about it, even if the response is negative or there’s no response at all. As an author, you are always under scrutiny, especially online, so be polite, and don’t take rejection personally. Developing a thick skin is one of the most valuable skills you can learn. I’m still working on that one…. 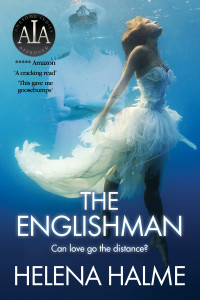 Editor or No Editor?

After you’ve shown your work to as many people as you can,  (but remember it will take time for people to read your manuscript, so if you’re in a hurry to get it published, think about who to ask well in advance), and you’ve made the necessary corrections and edits, it’s time to have an experienced editor to have a look at it.

Even if you consider going the traditional publishing route, i.e. finding an agent, who will find you a publisher with an editor, I’d recommend using a professional independent editor to look at your manuscript before you approach an agent. Professional editors can make a good manuscript into a brilliant one, so they’re worth their weight in gold.

How to Find an Editor?

There is a list of editors on the Alliance of Independent Authors site – this will cost you money, but is well worth it. If you don’t use one on that list, beware. The rise of the independent author/publisher has created a whole industry wanting to take advantage of an ambitious would-be author, so make sure that the editor you choose comes with proven credentials.

Having said all of the above, there are ways in which you can make the final edits yourself. There are several websites and books written on the subject. If you don’t have the funds to invest in a good editor, I think this is a viable route. Personally, I find it difficult to see some of my own spelling mistakes, or even plot issues in a manuscript which I’ve written and rewritten over and over, but this is just me. Many indie authors edit their own work very successfully, so it’s more than possible to do it yourself.

I hope you’ve enjoyed my advice for new writers so far. If you missed Part 1, you can read it here.

Next month, I’m going to be talking about how long it usually takes to write and publish a novel. This post should be up on Friday 6th November. In the meantime, if you have any questions, please comment below, I’d love to hear your stories and how you are getting on with your writing!