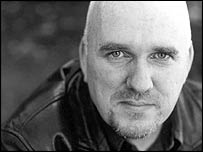 Gerard Woodward is a prolific and interesting writer and poet. Since his first published collection of poetry in 1991 he has produced three more, the latest in 2005, We Were Pedestrians. In addition to this, he’s written a collection a short stories, Caravan Thieves and trilogy of novels. He won a Somerset Maugham Award for his poetry collection Householder, and two of his books, based on his own family history, have been shortlisted for significant literary awards: August for the Whitbread First Book Award in 2001 and I’ll Go To Bed At Noon for Man Booker Prize for Fiction in 2004. 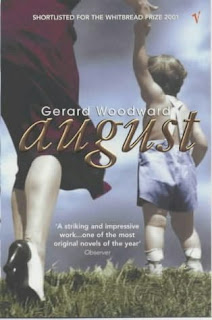 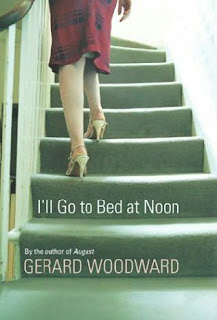 Some of his stories, although describing quite ordinary lives, are quirky with unexpected twists in the plot. For instance his collection of short stories begins with a tale of a couple who’s caravan has been stolen – with the occupants still inside. 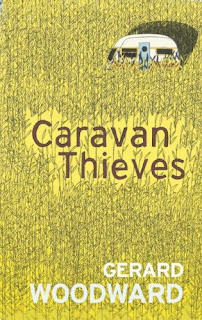 Gerard Woodward’s latest novel, Nourishment, is set in London during the 2nd World War. It tells the remarkable and tragic story of Tory, who while trying to survive the Blitz, receives a letter from her POW husband demanding a dirty letter by return. Neither her ageing mother, nor her female workmates at the local gelatine factory are willing – or able – to help Tory in her task, so she’s forced to search for inspiration in the more seedy parts of the city. This quest for sexy vocabulary affects Tory’s life in a way she could never have expected. 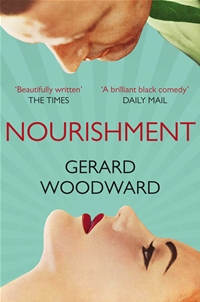 I’m a great fan of Woodward’s quirky writing, and his latest novel certainly doesn’t disappoint.  After I finished reading it, I had several burning questions for the author, the answers to which I’d like to share with you here (Beware there are spoilers in the interview):


I must first ask where you got your inspiration for this extraordinary book?

A family  story concerning a friend of my mother’s who was in Tory’s situation of being asked to write saucy letters for her POW husband. She asked my mother for advice on how to reply – but there the similarity ends.
he themes you explore in the book are so many: sense of duty, morality, poverty, war and its effects on people, family, love, feminism. Which of these would you say is the most important?
Most important – probably love – the way love is mediated by both physical and emotional desires – it is the conflict between these that drives the book.
To me the book is as much about the relationship between Tory and her husband as it is about the one one she has with her mother, Mrs Head. Where did you get this character from? She is so multifaceted; yet she is almost a shadow throughout the story, with her true desires and dreams only becoming clear at the end of the book.
Like most of my characters she is an amalgam of people I’ve known, seen, read about and imagined.
Donald’s character is the most tragic one, in my opinion. He’s lost everything in the war, including his morality and humanity. The war turned him into a bitter, sad, selfish man without empathy. Where was your inspiration for him?
Same answer as above, really. I didn’t have a specific person in mind. Do you think he’s amore tragic figure than Tom?
The thing with Donald is that he was unlikeable from the start. Tory is never sure if she loves him or not; she is more in awe than in love.
He is my first attempt at a thoroughly bad character, though maybe he does have some redeeming qualities, in the way that he takes to Branson after the death of Tom, for instance.
How did you decide to make Tory your main point of view? Nourishment is her story, but could it also have been told from Donald’s viewpoint? Isn’t a female voice often considered difficult for a male writer?
It is very much Tory’s story, she is affected by Donald, not the other way round. I enjoy writing from viewpoints dissimilar to my own. It couldn’t have been told from Donald’s point of view, I don’t think, because it’s important that the reader doesn’t know Donald’s state of mind or motivations until later on.
The tragic story is interspersed with black humour ‘Mrs Head is now Mrs Dead,’ and sexual innuendo, ‘Stiff red fruits, …entwining wreaths…erect little towers.’ Did you do that on purpose so that the book wouldn’t be too serious?
I see the novel as a dark comedy, but like (I hope) the best comedy, it is very serious.
The sex scenes are done without ever actually mentioning the act. I believe this is one of the most difficult things to get ‘right’. Is there a secret to getting it right?
Yes, the sex scenes are suggested by people’s reactions to the letters, though there is some suggestion in one of the chapters. In a book about taboo, prurience and suppression of emotion, it was important that the sex was conveyed in a way that fitted in with those themes. To have been explicit would have ruined the tension.
Finally, the timeline – sometimes we start at a point in the future and work backwards, sometimes we start with a statement, ‘Tory was very proud of her son, Tom,’ and then go into his sad story. Is this something that comes naturally to you as a writer, or do you have to plan the structure of a chapter – or novel – in detail?
The movement of a story through its scenes and chapters is not something
that I plan much in advance but emerges through successive redrafting.
Thank you so much Gerard, for indulging my curiosity.
Nourishment by Gerard Woodward is now in paperback.

My list of summer reads, or books to take on holiday