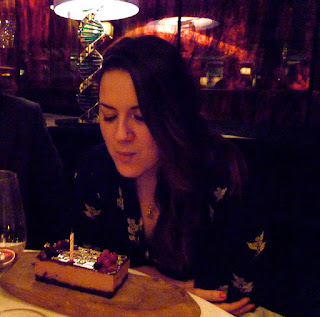 It sounds terrible but Daughter’s birthday has always been a bit of a headache for me. I’m sure anyone who has a child born around Christmas will know what I mean.


Firstly you have to make sure friends and family refrain from using same wrapping paper for both the birthday and Christmas presents. Then there is the horror of horrors: the Combined Present! Or even worse: people forgetting the birthday all together.


Before I had a child with a Christmas birthday I was guilty of all the above. I really didn’t give it another thought; my view was that anyone who was born around Christmas time would’ve got used to it and wouldn’t mind he odd mistakes or forgetfulness which most us ( especially if you are the Christmas organiser) suffer from during the festive season.


I now realise that the odd lapse in present etiquette seem much more important when all your celebrations are crammed into the space of one or two days in a year.

Anyway, all this preamble is to try to explain why I try to go that extra mile for my Christmas birthday girl. But inevitably, as her birthday falls between Christmas and New Year, no-one wants to celebrate, or if it is a Bank Holiday in the UK, only a few places are open. Plus on many a year we’ve either been travelling back from celebrating Christmas in Finland or on our way skiing somewhere remote. Not such a hardship, you think, but ask yourself would you really want to spend your birthday queuing at passport control or sitting in a car on a long drive to Northern Sweden?


This year at least we weren’t travelling anywhere, and also, being in London it was easier to find restaurants which were open (and busy). This year it was also a super special day as my little baby girl turned 21. When I asked Daughter what she’d like to do, she said she wanted to go out with us, her family, and celebrate with her friends on New Year’s Eve.

Time for a thinking cap; what we needed was a place which was grown-up, which was classy, in an old-fashioned way, yet where the food was good and which would be memorable.

Suddenly I knew exactly what would fit the bill: the recently refurbished Savoy! I knew the Savoy Grill is one of Gordon Ramsey’s restaurants and I’d only heard good things about it. None of us had been there since its refurb so it seemed perfect. I made the booking online and mentioned that this was a special birthday celebration. Back came an email suggesting champagne on arrival and a chocolate cake with a birthday message for pudding. I was buoyed by the restaurant’s efficiency – and promptly forgot to reply to the email!

All through Christmas I kept the venue for the birthday a closely guarded secret. Even as we stepped into the taxi on the night, Daughter had no idea where we were going. I’d just told her it would be fairly smart. By incredible luck, earlier, on the morning of the big birthday I’d also spotted in my inbox the email from Savoy and even managed to telephone the restaurant to see if it was too late to order the champagne and the cake. The Maitre’D was more than helpful and promised everything would be fine. 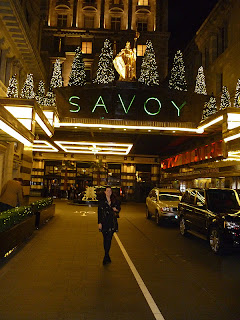 We arrived early and decided on a cocktail at the American Bar. In the dimly lit room there was a pianist playing classics. We could have been in New York in the 1950’s. While we sipped our drinks the pianist began a song with the line, ‘She’s only 21’. For a second I thought the friendly Maitre’D I’d spoken to earlier had even included the pianist in our celebration. But I soon realised it was just a co-incidence. A nice touch, all the same. 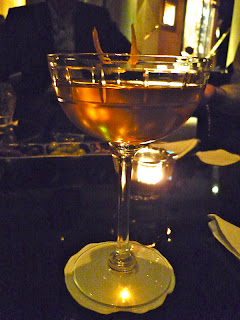 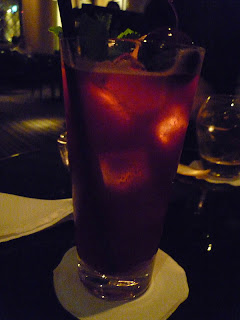 When we arrived at the restaurant we were shown to a wonderful table with a corner  banquette so none of us needed to have their backs to the room. (I love this as I hate to have my back to a crowded restaurant). Looking around me I saw how well The Savoy Grill had been refurbished: the style was just updated not changed from its former glory.


With a glass of champagne in her hand, Daughter’s eyes sparkled. Smiling broadly she clinked glasses with us, and I knew I’d got the venue right.

The food at the Savoy Grill is traditionally French, and I must say, brilliantly executed. We started with baked Orkney scallops with roasted cauliflower, anchovy and shrimp butter, steamed Cornish mussels, and lobster bisque. For mains I had pan-fried liver, which was the best I’d ever tasted. Daughter and Son shared a Chateaubriand, and the Englishman had the day’s special lamb dish which included every cut of the animal. He declared it excellent as did the ‘children’ their shared beef dish.


All evening the staff were utterly charming. With a full restaurant they made us feel as if we were the only people that mattered. Even if their style at times was a little overflowing in a Disney cartoon French way, still the traditional service didn’t seem at all out of place here. We were at The Savoy after all.

A close-up of the chocolate cake. 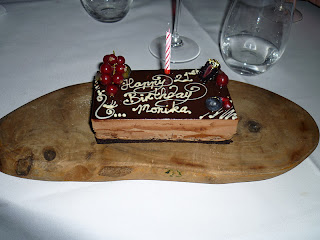 There was a nice antique looking Christmas tree in the lobby. 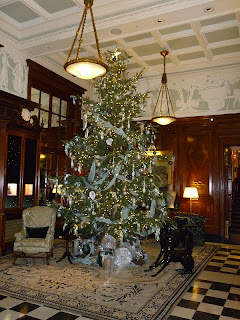 Even the loos were worth a photograph or two. 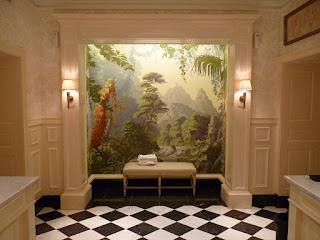 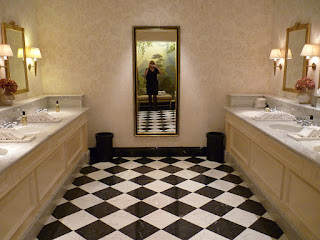 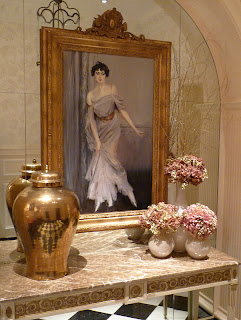 Finnish Christmas and Heirloom restaurant, and the Savoy…