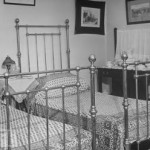 When Pappa told us that he could earn lots of money in Sweden if we all moved to Stockholm, I was twelve and nearly as tall as him. I could touch his shoulders without being on tiptoe. Mamma worried about the future. I’d heard her say so to Grandmother Kaarina while standing in her kitchen. … END_OF_DOCUMENT_TOKEN_TO_BE_REPLACED