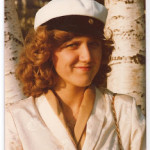 Today is Walburgh Night, of Vappu as its called in Finland. At home, May Day is traditionally celebrated by students as well as workers. The latter was introduced by the Labour Movement in the early 20th century and manifests itself today mainly with marches and demonstrations held on the … END_OF_DOCUMENT_TOKEN_TO_BE_REPLACED