I’ve noticed over the years I’ve made several positive decisions in the month of February.
As I went to my Pilates class at the local gym today (mainly to warm up as the heating is still not on in the house) they told me my annual membership would run out in a week’s time. I remember the good feeling I had when, this time last year, I handed over the cash to the friendly girl at the desk promising myself 3-4 weekly session in the gym, Pilates and Yoga, even considering doing some circuit training. You’ve guessed it, things didn’t quite work out that way. I’ve struggled to get to the gym once every week, but I’ve kept myself fitter this year than for a little while.
In this positive frame of mind I also agreed to start running The Babington House Book Club a year ago in February. This venture has had its ups and downs, and I’m still in two minds whether it’s worth carrying on, but on the other hand I’ve had the pleasure of reading and discussing some wonderful books with some very interesting people over the year. I’ve made a few friends and even though some of the books incurred heated debates, I wholeheartedly recommend every one of them:
The Post Office Girl by Stefan Zweig
A Florentine Death by Michele Giuttari
The Master Bedroom by the wonderfully inspiring writer and teacher, Tessa Hadley
The Secret Scripture by Sebastian Barry
The Elegance of the Hedgehog by Muriel Barbery
The Road Home by Rose Tremain
Heart Burn by Nora Ephron
Another great decision I made this time last year (the 17th of February 2008 to be precise) was to start a blog. I was already on Facebook, mainly to communicate with friends and Son, and I’d been reading Liberty London Girl among other blogs, but just in the capacity of a ‘lurker’. I didn’t dare to comment on anything, nor become a follower. Looking back at that time seems so strange. To be an active member of the blogsphere is now one of the most natural and rewarding things in my life. Of course from blogging I went onto Twitter and my on-line life was complete.
So what is it about February that makes us – or me at least – feel so positive? Is it because at last the days are getting longer (though not warmer yet), is it because there are so many things to look forward to in this month? In Britain there’s Pancake Day and half-term holiday.
But in Finland the short month of February is filled with noteworthy dates.
Instead of Pancake Day we have Laskias Tiistai, or Sledging Day (Shrove Tuesday). This is traditionally spent hurtling down the longest and steepest hill in the neighbourhood on a sledge and eating sweet buns filled with whipped cream.
In early February there’s a day celebrating the life of Runeberg, the Finnish national poet who penned the words to our National Anthem, Maamme Suomi. In the vein of how Finns celebrate anything or anybody, there’s a cake, or pastry, named after him. These little sweet cakes are only sold around the Runeberg Day so I usually miss having a taste. This year, however, on Books From Finland site, which I regularly visit to get updates on what’s going on in Finnish Literature, they published a recipe. I’ll definitely try it out even though the day has now passed.
Furthermore on 28th February Finns celebrate the Finnish Culture Day, Kalevalan Päivä.
Then everywhere in the western world it seems, there’s Valentine’s Day. If anything, a bit of romance surely will get the positive energies flowing through one’s body? Husband and I don’t usually go out, but try to have a romantic meal at home, and definitely give each other at least a card. If you, however, go for gifts and are unsure of what to buy the male love of your life this year, the wonderful Mrs Trefusis posted a wholly comprehensive list on her blog earlier this month. Go and admire her impeccable taste.
When I was still living in Finland we didn’t celebrate Valentine’s Day at all. I remember vividly a few months after I’d met the Englishman in February 1981 I got a card from him with the puzzling message, ‘Be Mine…’ and a question mark under it with a small letter ‘x’. I recognised the handwriting so knew it was from him but couldn’t for the life of me understand why he didn’t say so. And what was the little ‘x’ all about? Of course I now know how very romantic that was.
Nowadays in Finland Valentine’s Day is celebrated as Friendship Day, very much in the vein of the Americans. There’s a humorous description of Valentine’s Day in the US from a British viewpoint on Expat Mum. But I’m still finding it strange to get cards or messages from my friends and relatives in Finland. To me Valentine’s is just for lovers. Call me old-fashioned.
Whatever it is, romance, culture or the memory of sledging in the snow, I do feel different in February. Perhaps it’s the efforts Husband and I traditionally make in January to be without the Devil’s Juice, although in past few years we’ve only managed to drink less, not be wholly abstinent. Perhaps it’s the lack of alcohol that makes me feel better in February? I’m not sure, and I’m not prepared to repeat January’s efforts all through the year, even though I know I really should. I love good wine too much. Besides, positive and over-productive Helena Halme year around would drive my family around the bend. There is a danger I may also start to annoy myself, or even burn out. And we couldn’t have that now, could we? I say this while starting to warm up a bottle of Rioja (stored in the Siberian climate that is the lobby) in front of the fire, ready for this evening’s well deserved tipple. Misguided? 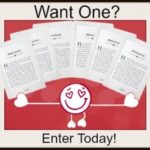 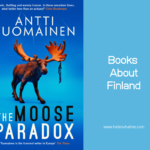