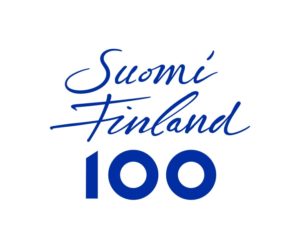 Finland, my country of birth, has been celebrating the centenary year of its independence for all of 2017. The events organised by SuomiFinland100 committee, culminated around the country yesterday.

I’m feeling incredibly lucky that I’ve been able to celebrate the 100th anniversary of Finland’s Independence in my hometown of Tampere with my sister and family.

Yesterday, the actual anniversary of the date when Finland declared independence from Russia 100 years ago 6th December 1917, we had an action-filled day.

Lunch with Our Dad

First, my sister and I had lunch with our Dad. He was delighted that we were there with him to celebrate, even though he is getting very frail now.  I took this picture of him with my sister. She had cocktail sticks with Finnish flags in her hair, which Dad found funny. 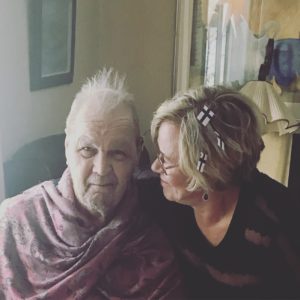 Then we rushed out of the house to catch an Independence Day Concert at the fabulous new Tampere House. The concert by the Tampere Philarmonic, led by the hugely popular and talented conductor, Santtu- Matias Rouvali was incredible. There was music by Uuno Klami and naturally Sibelius. The conductor, who is so popular that he has reached cult status in Finland, led the orchestra into an emphatic rendition of Finlandia. I’ve never heard a version of the unofficial Finnish national anthem like it. Finlandia was followed by Finland’s actual national anthem, Maamme Suomi. The whole of the auditorium sang their hearts out, proud and loud. I certainly had tears in my eyes and I know I wasn’t the only one. 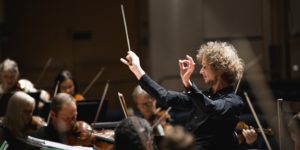 Along with most of the concert-goers and some 30,000 others, we walked along the snowy streets to the centre of Tampere where a traditional Independence Day event was held by the city. There were speakers, music and a fireworks display to the tune of Finlandia, which was fabulous. At the end, we all sang the national anthem again. I cannot describe what a wonderful feeling it was to be in my hometown, celebrating our hard-won independence with my fellow Finns! 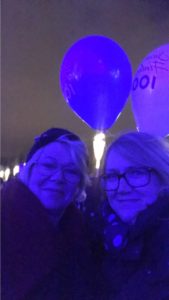 Our next destination was a celebratory dinner at Finlayson Palatsi. Finlayson was a Scot who made his home in Tampere in the 1820s and set up a cotton mill, cementing the industrial tradition of the town. Now the Finlayson family’s home, The Finlayson Palace, houses a restaurant. ‘This seems a befitting place for an Independence Day dinner,’ my sister said, and how right she was! We had Toast Skagen, a Scandinavian marinated fish dish, reindeer fillet and cloudberry parfait to finish.

Another Rendition of Finlandia

Afterwards, we went to a bar attached to the Tampere Worker’s Theatre, Kivi.  We watched a live broadcast from the Presidential Palace in Helsinki, and once again ended the occasion with a rendition of Maamme Suomi, the Finnish national anthem.

Today, only slightly jaded, I just feel incredibly lucky that I’ve been able to be here in Tampere –and in Finland–for these unique centenary celebrations.

A Dream of My Dad