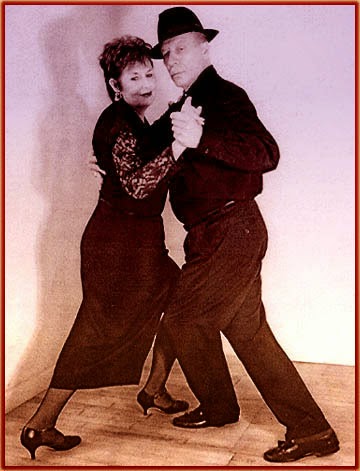 You may be surprised that in my view, out of all the Nordic people, we Finns are the most passionate.  That strong emotion is a Finnish national characteristic may be a little known fact also because, as a people, we are most apt at hiding our passion – until we hear a tango piece.

If you’re in a dance restaurant, or at a summer dance in Finland, you’ll notice that the floor will be empty until the first tango is played. We Finns love moving along to this slow, staccato beat. With serious, concentrated faces, you’ll see the couples move swiftly, and expertly, along the floor. The Finnish tango is danced with close contact in the pelvis, upper thighs, and the upper body, with frequent dips and rotations. In the Finnish tango feet stay close to the floor, with no kicks as in the Argentine tango. The lyrics in the Finnish tango are important, as is the accordion, which has a prominent place in the score.
The Finnish Tango emerged at the same time as the country gained its independence. Nobody seems to know who brought the first tango music into the country around 1910, but by the 1930’s Finnish musicians started writing their own tango pieces, and after the Second World War, tango became the most popular form of music in the country.
Perhaps it’s the slow, but persistent, rhythm in a tango, which appeals to the Finnish sense of deep melancholy. This basic sense of drama is also reflected in the lyrics of the tangos. The most popular themes are love and sorrow, or longing for something unattainable, such as a warm, far-flung country, or one’s homestead – a distant land of happiness. Tango is not a light-hearted business in Finland.
One of the most revered Finnish tangos, and the one I remember from my childhood is Finnish classic is Satumaa; (Wonderland), sung by Reijo Taipale. This is a tale about a paradise far away, so unattainable that the singer feels he’s a bird with clipped wings. Another tango, Metsäkukkia (Forest flowers) sung by Olavi Virta, is a song about a lost summer and lost love, rediscovered in the spring. Whereas Kotkan Ruusu (Rose of Kotka), sang by Eino Gron, tells the tale of a woman of the night, told with the most passionate words allowable in the 1950’s, when the song was written. Its beat is such that I’d defy anyone listening to it, not to immediately want to get up and dance – or at least tap a foot.
Although the most popular tangos were written in the 1950’s, they were constantly played on the radio when I was growing up in central Finland. As a child, I’d watch my parents and other grown-ups crowd the dance floor when a popular Finnish tango was played at family parties.  My first boyfriend was a passionate tango dancer and taught me the steps, although I think you’d be pressed to find a Finn even today who doesn’t know how to dance a tango.
Many of the tango songs have also been re-recorded many times, and new tangos have been written. Some, such as Kotkan Ruusu, or Suyyspihlajan Alla (Under the Mountain Ash tree) sung by Arja Saijonmaa, became popular in Sweden amongst the large Finnish ex-pat population in the 1970’s and 80’s.
Even today, the Finnish tango, as popular music and dance, is thriving, although it’s no longer the chart-topping music of the post-war era. There’s a hugely popular competition, Tangomarkkinat (Tango Market), started in the mid-eighties and held in the central town of Seinäjoki, where a Tango Queen and King are crowned each summer. The 2015 Tango Market is a five-day affair on 8-12 July, with tango lessons, tango karaoke, concerts and most important of all the tango competition final.
The event attracts more than 100,000 visitors (out of 5 million residents) and the winners of the song competition become instant celebrities in Finland, and often have successful long-term careers in the music business.
So, if you’re near a dance floor in Finland this summer, have a go and get some therapy for the soul!

Information on the Seinäjoki Tango Market can be found at www.tangomarkkinat.fi

This article will also appear in the Summer 2015 edition of the CoScan Magazine. 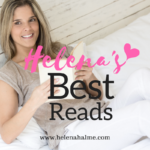 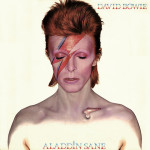 David Bowie Is No More