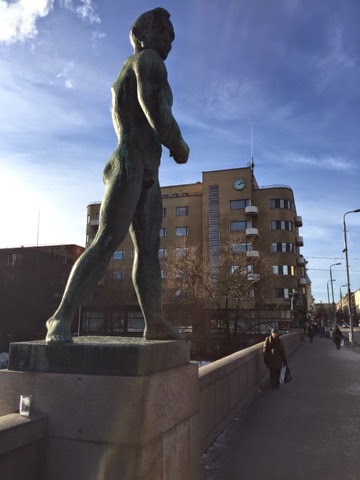 I was born in Tampere, this former Finnish industrial town, but now we live in London, I don’t often spend more than a couple of days here.

Last week, however, my father was rushed into hospital, and the Englishman and I flew into town, having cancelled our skiing holiday in Lapland. My dad is now better, thank goodness, but the week spent here has allowed us to sample some of the eateries in town. Here’s five of them (in no particular order): 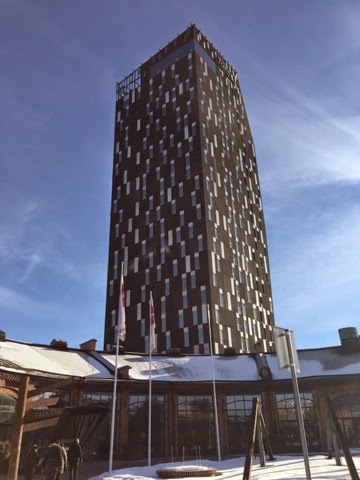 1. Scandic Tampere Station
The first night we were here was Valentines Day, and having not thought to book, we found it difficult to get a table anywhere. Even the restaurant in our hotel, the new Sokos Solo Torni, a towering construction by the railway station, could only accommodate us at ten pm. So we decided to grab a quick beer by the Scandic hotel opposite. It was a bitterly cold night (for us soft southerners at least), so we ended up eating there too. I had a perfectly reasonable reindeer steak and the Englishman and Big Sis a sirloin, washed down with a bottle of Malbec. If in a hurry before grabbing a train, you could do worse than eat here.

2. Stockmann’s Fazer Cafe
I’m really not able to visit Tampere without having lunch or coffee at the top floor cafe at Stockmann’s. This place brings so many memories of my childhood and since, and although the food doesn’t exactly stand out here, it doesn’t disappoint either. We had a very enjoyable salad followed by coffee – which to be fair wasn’t so brilliant – and an excellent cinnamon bun.

3. 4 Vuodenaikaa Restaurant at Kauppahalli
Kauppahalli, the covered market at Hämeenkatu, has several good cafés and lunch places, but the best in our opinion is the 4 Vuodenaikaa (4 Seasons). It’s a French style restaurant with a short, daily changing menu of fish and meat dishes, nestled at one end of the market. It gets very busy, with seating on first-come-first served basis, so there’s often a queue at the till. It’s worth the wait, however. We had fried pike-perch with carrot risotto and spinach sauce, a dish which would have been a star turn in any Parisian bistro. 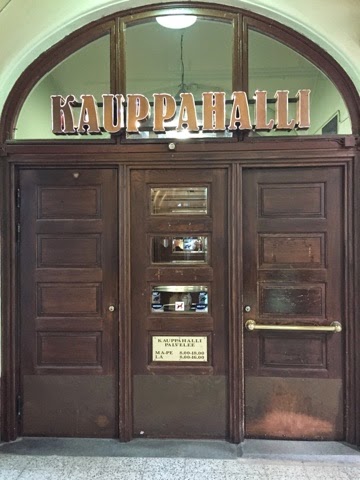 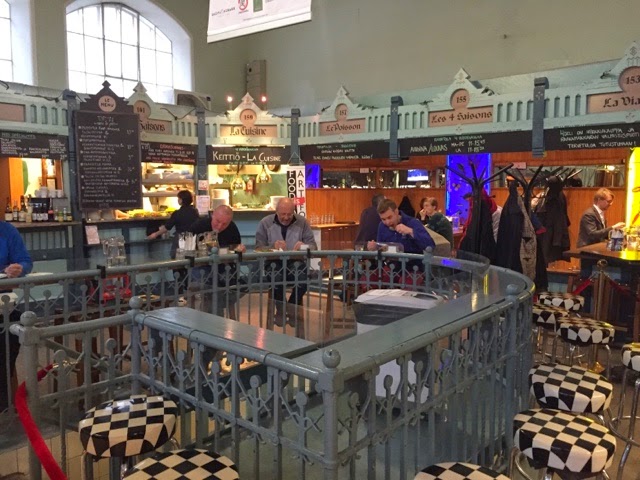 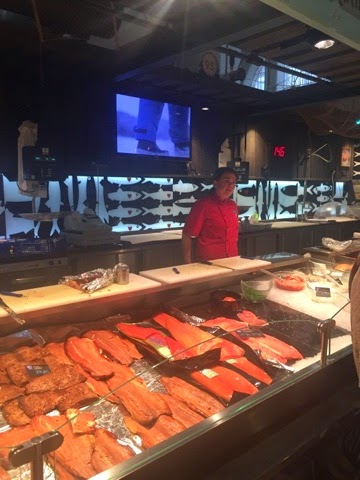 The restaurant is also right next to the best fish mongers in town, the Ahlströms. If you are able to buy and cook your own food while in Tampere, you must get the fish from here. They do fresh, smoked and pre-prepared dishes, and their version of the traditional Savo rye pastry pie of sprats and bacon, Kalakukko, is slightly lighter and can be bought by the slice. Perfect for a light supper. 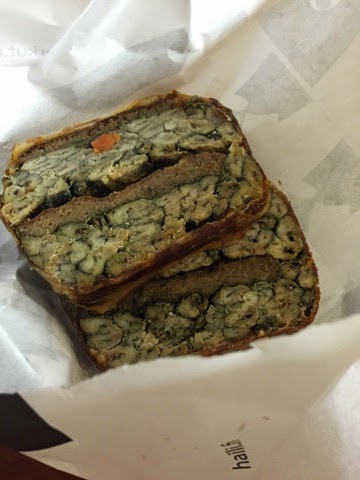 4. Pikkubistro Kattila
On Tuesday night we stumbled across this little new restaurant on Alexis Kiven katu, (just off the main street, Hämeenkatu which runs through Tampere centre) and were very pleasantly surprised about the quality of the food and the friendliness of the staff. We were not going to have a big meal, but as we sat down and saw the menu, we couldn’t resist the starters. This was the right choice, as the Englishman’s cold-smoked pike perch was absolutely delicious, as was my main of slow cooked beef. The Englishman had Moroccan lamb, which he reported was excellent. After such good two dishes, we couldn’t resist pudding either. I had chocolate mousse to die for, and the Englishman had sea buckthorn pastry with vanilla yoghurt mousse. Kattila has a different menu every night of the week, and we’ll definitely sample their cooking again. 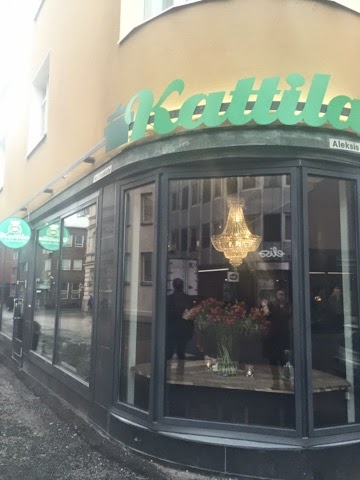 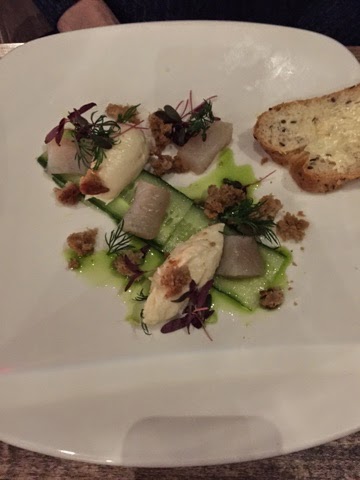 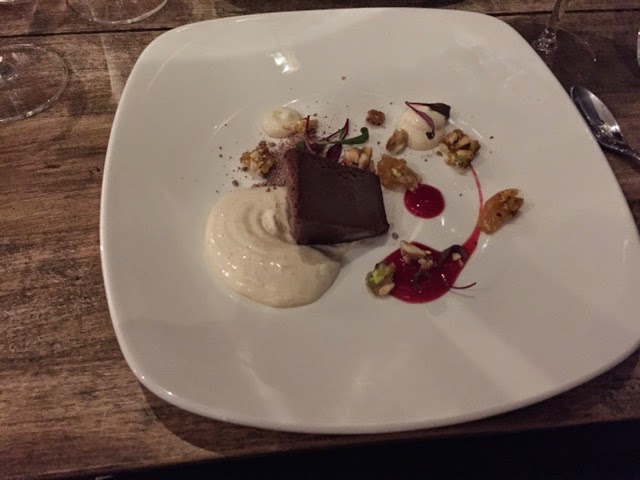 5. Kaffila
This small, cozy coffee place serves most delicious coffees, teas, cakes and pastries. This time of year in mid-February, they had the traditional cream buns, Laskiaspulla, eaten in Finland for Shrove Tuesday. We’ve had quite a few of these light, cardamom scented buns during the week, but Kaffila served by far the best ones. They also had Oatly oat milk for my no-milk latte, and the Englishman reported that his Americano was perfect too, so we were both happy. 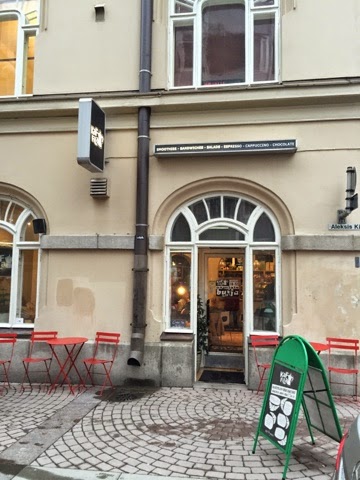 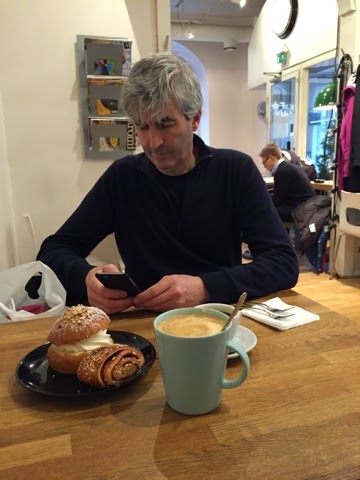 Lastly I must mention Pispalan Pulteri. Not one of the five because I wasn’t so very impressed by it, but if you wish to visit an authentic Tampere institution, make your way Pispala. This is an old worker’s quarter which has since become the most desirable area to live in, mainly due its old charm provided by wooden houses, built higgledy piggledy during the first part of the 20th century, on a hillside overlooking one of the large lakes surrounding the city, Näsijärvi. Pispalan Pulteri is an old bar/pub which various Tampere artists have frequented over the years, and if I’d asked for coffee and vodka, I’m sure I would have been served it without an eye brow being raised. Instead we had two beers, but the Englishman refused point blank to eat there after a visit to the gents. Say no more. 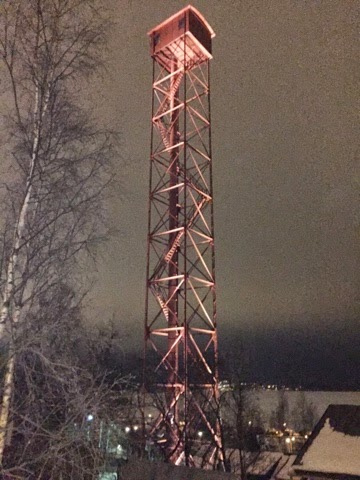 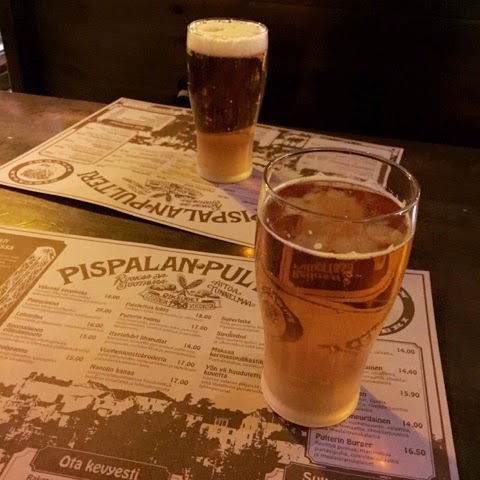 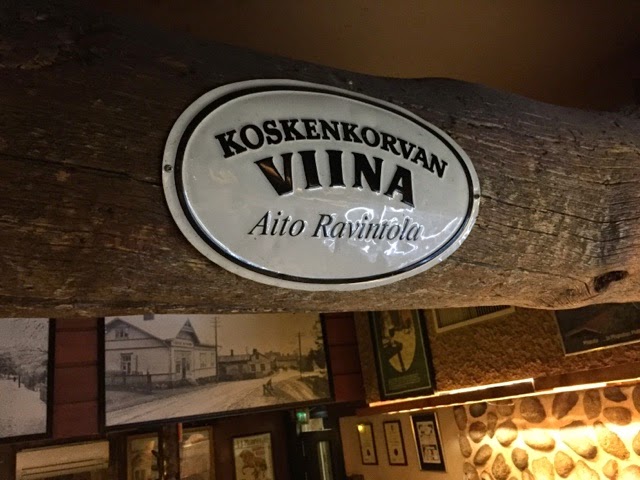