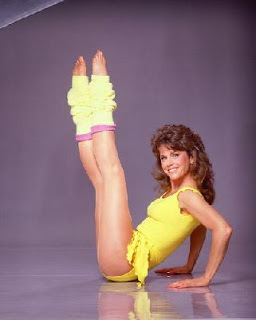 I’ve never been a great dieter. I’ve tried a few of the popular ones in my time, like the no-carbs Atkins, but the only one that ever has truly worked on me in the ‘Less food, more exercise’ one, which is the hardest one to do. 😉

But in the last year or so, with my bad back and frozen shoulder, I’ve not been able to exercise as much as I’d like to (dog walking not withstanding) and it’s been really difficult to keep my weight down. Besides, it seems that as soon as I start to do regular sessions in the gym, my appetite shoots up and I lose no weight whatsoever.

So when, after seeing a BBC programme on it, the Englishman suggested we should try the 5:2 diet, I was game. When I was younger and living in Helsinki I did a few complete fasting sessions with my father. This fast would last five days and you were only allowed to drink fruit juices on the first and last days. So I thought I knew what I was getting into to.

But the 5:2 diet, which basically means you eat less on two days per week, is much easier. You’re allowed 500 calories (600 for men – so unfair!), which when you think about it isn’t that bad. And unlike on the fasts of my youth on this one you’re allowed to drink coffee! (Coffee is the one thing I cannot give up these days…)

As well as weight loss, this diet is supposed to be good for your brain cells (cancelling out the damage done by wine), lower your cholesterol and blood pressure. It seems us humans need to feel a bit of hunger now and then. (I always knew this, really.)

I’ve been doing the 5:2 fasting for about three months now, and have lost 5 kilos. I feel so much better on it, not only because of the weight loss, but because I seem to have more energy and control over my eating. Not that I was ever out of control exactly. (Honest, Gov.)

And that’s exactly how this 5:2 diet works. After the initial shock to the system, your stomach actually contracts and you feel less hungry, more aware of how much you eat on any given day, whether it is one of the 2 or one of the 5 days of the week.

So here are my 5 tips to successfully do this diet:

1. Do not do consecutive days – it’s too hard and I at least find the second day in a row gruelling. And don’t do weekends – we tried a Friday and nearly killed each other.

2. Get busy – the more you have to think about something else other than food, the easier it is. I work from home half of the week, so I try to fast when I’m in the office. And don’t watch Nigella on TV while fasting. She’s like a Domestic Devil to a me on one of my 2 days.

3. Get yourself an app. I use MyFitnessPal which is a simple tool to count the calories. And that is all you need it for, really, so any other means to do that (a notepad) is equally good. But for those of you, like me, who love apps, this one also records the foods you’ve used, the exercise you take and the weight you are losing (and predicts what you would lose in 5 weeks if each day was like the one you’ve just recorded). You can scan the packets to get the correct calorie amount, or you can make up your own meals, or just enter calories.

4. Don’t be too hard on yourself. I have missed a couple of fasting days during the past three months. Just because you do that, there’s no need to throw in the towel. There’s always tomorrow, or next week!

5. Don’t go alone. Doing this with some-one is so much easier. Some weeks because of schedules the Englishman and I’ve had to do different days, and it just doesn’t work. Plus it makes TV viewing harder (see Nigella above).

So give it a go…but obviously if you suffer from a medical condition you have to see your doc first.

The 5:2 Fast Diet Update – Five Ways How the Diet Has Changed my Life

The 5:2 Diet and Christmas