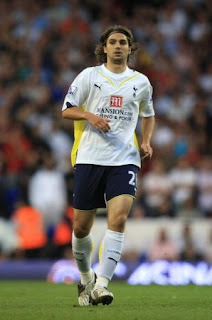 I’d forgotten how much I enjoy seeing Spurs play at White Hart Lane. My husband, who’s been a die hard Tottenham supporter since childhood, has a season ticket at the Lane and goes to as many home games he can. It took me a couple of years to buck up the courage to go, because I hated the first football match I’d ever been to. It was years ago in Portsmouth when it was all standing only on the terraces. I was shoved and pushed by drunken men, shouting abuse over my head at the players in language I’d never heard of. As I was a lone woman amongst so many testosterone filled bodies, I decided it was a man’s domain, and left my husband alone to his ball games.

But I’ve always been interested in sports. I have to be dragged away from the tennis during Wimbledon. As a child I was an avid supporter of Ilves, the best ice-hockey team in my home town, Tampere. And I love the European football matches. A few years ago when on holiday in Spain I enjoyed immensely watching Real Madrid play Valencia at the Bernabeu. Spurred on (excuse the pun) by my enthusiasm for that game, husband begged me to go with him to one match at White Hart Lane. And I was hooked. (The pre-match lunch at the excellent San Marco nearby might have had something to do with my positive reaction.)
But I also have a life, and often there are other, more deserving activities on offer in London, like going to see an art exhibition with a friend or shopping. And sometimes the off-spring or husband’s friends are keen to take my place too. So at times, as happened on Saturday, I’d missed a few months worth of football. During which time a miracle had happened: Tottenham had started winning.
Now, if you’re not very well versed in British footie, you will not know that the team we support are the original under-achievers. Tottenham are a little like English football in general: we have a glorious past. But I shan’t bore you with my theories on why we have been not so good, or why we seem to be getting better now. I’ll leave that to those who are far more qualified to talk about football: men…
We are amongst a group of people at the Lane who we only know through sitting close to them. We sit there by a happen chance of getting just those seats, so there’s no advance selection of who you’re getting friendly with. Of course you don’t have to talk to anyone, and some men (it is still mostly men) just sit there, miserably not saying a word. But they are in a minority. And when we arrive, there are nods or handshakes from some, and kisses from others. As if we were long lost friends. Which we all are in a way. We have a common cause: the team. We have a common enemy: the Arsenal. We have thousands of opinions of how to beat the opposition, what the manager should do, who should be taken off, who is playing well and should stay, who should be brought on instead. We have a myriad of songs to sing, witty remarks, made by others in the stands, to laugh at, perceived cheating (by the other team only, naturally) to boo at.
During half time we tell each other the news. There are births, deaths, marriages, heart attacks, job losses, new jobs, new girlfriends, new pregnancies. And sometimes nearly gained book deals.
‘Ah, yes, no, I’m afraid not quite yet, ‘ I replied to the polite query. I’d forgotten I’d let that information slip. And I’d forgotten how confident I’d been then, all those months ago, about the success of my manuscript. ‘But I write a blog,’ I said.
The game restarted and after feeling a little sorry for myself I looked at the Tottenham players, who even though they’d scored in the first half had been playing badly. In spite of this they came out after half-time full of energy, enthusiasm and willingness to continue the game. With the desire to win. They weren’t downbeat by previous losses, or the long history of promising seasons coming to a disappointing end. And they scored again, finishing off the opposition’s chances with a beautiful strike by Huddlestone, which hit the crossbar but came down on the right side of the goal line.
Walking back to catch the train, following the mass of people also leaving the match, under the darkening North London skies, I thought that’s exactly what I needed to do. Come back, refreshed and ready to win another battle. Send my manuscript to new agents and publishers. Try and try again.
Oh, and the picture is of the latest pin-up at Spurs, the midfielder Nico Kranjcar. Just because I can…

This is me not talking about football…