I can hardly believe another year has passed.

A lot happened to me personally in 2010; much of it just a vaguely laid out plan in December 2009. All Husband and I knew was that we probably wanted to move from the house we’d been living in for the past 15 years. We both wanted to change our working lives, and knew we couldn’t do this where we were. The children had grown up, and were going to leave home. I certainly didn’t want to stay put and start making jams and saucy calendars for the Women’s Institute – I’d had enough of the country and would not be sad if I never set eyes on a cow or a tractor in my life again.

The whole process of the big move started with the renovation of the old house in the country in early January 2010. As soon as we moved into the sauna cottage in the garden to let the builders have a free run of the house, the weather turned. We had snow, freezing temperatures and chill winds. But even though working in the unheated house during the day was a bit of a challenge, the ground source heat pump kept the cottage warm. Emptying half of the house for the builders also forced us to start the process of de-cluttering and down-sizing. 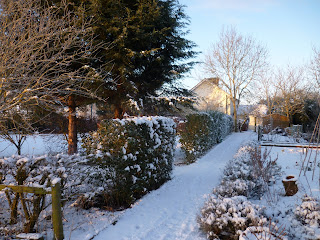 By the summer the house was ready and in a matter of days sold. We felt very lucky but this meant suddenly we had to truly move out. Even with some of the packing already done, emptying two barns, one shed and two houses was still a task and a half after 15 years. (On a positive note we found an old kitchen table we’d forgotten we had, which now perfectly suits our new smaller residence.) We needed to find somewhere to move to – fast.

While the old house was being done up, we’d spent many evenings laying in bed in the cottage listening to a particularly fast-legged squirrel run up and down the roof outside and discussing where we should start our new life. (That squirrel is no longer with us courtesy of the naked gun). The ideas for what we were going to do and where we were going to go got wilder and wilder. We considered almost every corner of the globe and every profession. (OK, we kept mainly to Europe and brain surgery was out of the question). All we knew was that we wanted to be in a city, and eventually narrowed it down to Stockholm, Portsmouth and London. Looking back it was an exciting but very scary time.

As those of you who’ve been reading my blog this year know, we settled on North London after a somewhat unorthodox move, which left us homeless for ten days.

So we exchanged these views 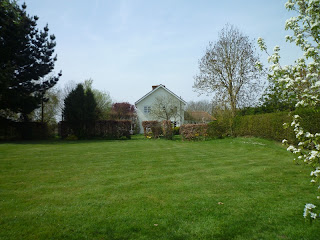 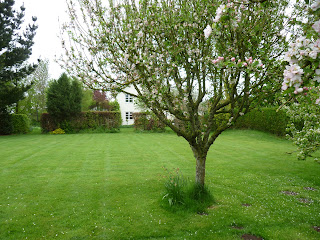 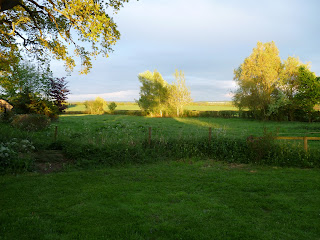 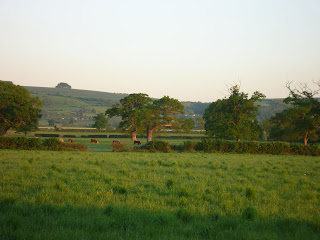 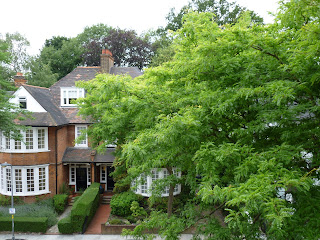 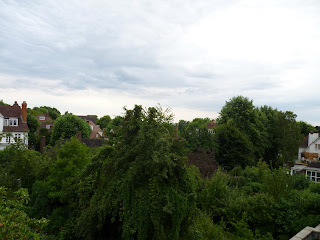 Many people thought us crazy. We still get the comment, ‘But people usually move out of the city and into the country when they get older!’ But we are very happy here in London and feel our move was timed just right.

But before we’d finally decided on London, fate had a hand in where I might want to be: when driving home from a party in North London in May 2010 I saw a sign for a new book shop in England’s Lane, Belsize Park NW3. The shop was still being fitted out but as we slowed down to investigate it further, I saw there was a notice for part-time staff. Again I find it incredulous to think that I now work in that same shop, as well as run a monthly book group there. 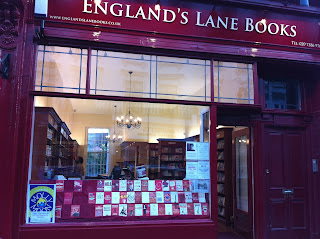 The year has been eventful for Husband and Son too – both started new jobs. With Daughter too starting at uni in the autumn, 2010 could not have been more momentous for all of us.

Though I’m not looking forward to another (inevitable) move, I have no intention of slowing down in 2011. I have so many plans I want to put into action, one of them involving this blog, that I’m bursting at the seams.

So, from this short resume of the last year in my life over to you – how did 2010 treat you?

A town I’m not going to miss 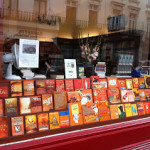 Yet another wardrobe dilemma