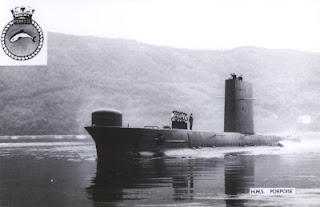 My father, who had two daughters, called me ‘My Best Girl.’ As I grew up his obvious favouritism became a burden to me, rather than a source of pride. So when my parents finally split up after years of fighting, it was a relief to both of their two daughters.

Our parents gave us a choice of which side to take. My sister was fifteen and I was thirteen. They sat us on our plush velveteen sofa and asked us each in turn who we wanted live with. My father didn’t take the rejection well. ‘You’ve made your bed. There’s no more money from me.’ He stormed out. That night he came home drunk again.

But in 1981 I had no choice but to go and live with my father. In spite of the threats, over the last few years he occasionally invited his two daughters to lunch. As we parted, he always handed over a few dark purple 100-mark notes. When I told him about the School of Economics, he gave me a small allowance. And when I eventually phoned him from Stockholm, he promised me a temporary home in his house in Espoo, a town of suburbs just outside Helsinki. Of course I hesitated, but my mother said, ‘It’s about time he took some responsibility for his daughters.’

The Englishman on the phone from Scotland couldn’t understand what the problem was, ‘But he’s your father?’

I couldn’t tell him about the drinking or the violence.

At the School of Economics, I was greeted with a hug from my friend. ‘Coming back to study is absolutely the best decision you could’ve made.’

The blonde haired woman at the students’ advisory office agreed. ‘Why don’t you change your subject? Commercial Law is a difficult one to specialise in,’ she remarked, ‘especially as Swedish is not your mother tongue.’ Her kind eyes were fixed on me. ‘The next Committee meeting is early December. If you get two exam passes by then, we can re-approve your grant.’

So I became a student of Political Science at the School of Economics. The department was small and homely. We studied the theories of Karl Marx as well as those of Keynes. My horizons were widened. While the other students at the university learned how to make money, or account for it, our department taught us the principles behind the desire for wealth and power.

At the house in Espoo, my father got drunk only rarely now. He’d given up his bedroom for me and was mostly staying over at his new girlfriend’s flat in Töölö. I cooked for him when he was at home, and when he was in a good mood, he made Gravad Lax.

While I tried to forget about the Englishman, his letters wouldn’t allow me to. He wrote to me at least once a week and called when he was on dry land. Most often he was away with the submarine, to unknown destinations, for weeks on end. Then one night, I was woken up with a phone call.

‘We’ve just sailed in, and I’ve been told I can take leave for Christmas. Can you come to England?’

My grant came through in December and if I continued to live with my father, I’d be able to afford the fare. I told the Englishman I’d think about it, but I knew what my decision would be.

My friend at university shook her head. ‘Are you sure that’s wise? You remember what happened last time you came home from England?’ We were standing in the semi darkness of the student’s union disco in centre of Helsinki. We’d started going out a lot, most often to Monday night ‘Ladies Nights’ at the club when girls were let in free. The disco was full of students from all the Helsinki universities, but mostly students from the School of Economics. The gang of year 4 guys were always there, and I’d see them laughing and gazing at me and my friend. I wondered what would’ve happened if I’d agreed to go with the dark haired one. Would I now be arm in arm with him instead a tall red-haired girl he was with that week.

‘Nonsense,’ my friend remarked, ‘you know exactly what would have happened. He would have fucked you and that’s that. It’s what they do: as many as possible in as little time as possible.’
I laughed. But was this what all men were like? Was the Englishman like that too? Was he only so loving and seemingly committed to me because he was lonely up in Faslane, or Faslavatory, as he called it? Where he said there were no pubs or clubs. In other words, no places to meet girls in?
When I got home that night, I got another call. ‘Well, are we going to meet up at Christmas?’
‘Of course we are.’
I could hear the Englishman take a deep breath, ‘Only two weeks!’