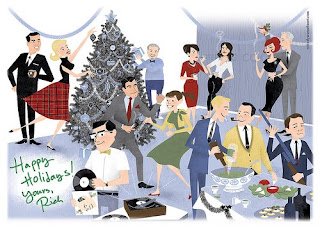 My sister told me a company called Fritidsresor organised chartered trips from Sweden to London. A week in a cheap hotel cost half of a Finnair flight from Helsinki to Heathrow. Especially if I travelled by ferry to Stockholm.

In late December 1981, the Englishman had never been to Stansted. When I arrived, he was the only person meeting the plane full of Swedish tourists, apart from an efficient travel guide, wearing a red and yellow shirt. She held a clipboard above her head. ‘Stockholm passengers please report to me,’ she shouted in her singing Swedish.

‘I’m not going to be staying in London,’ I said. She glanced sideways at the Englishman and crossed my name off a list. ‘Make sure you’re not late for the flight’s departure.’

I ran into the Englishman’s arms. He smelt of the cold outside air. He gave me a long kiss. ‘God, I’ve missed you.’

The airport was at the end of a narrow road which followed the perimeter fence of the runway. With the roof up, the yellow Triumph Spitfire was cosy and warm. ‘We’re going to my parents for Christmas and then Pompey for New Year, OK?’ The Englishman reached over and squeezed my thigh. ‘We’ll be there in about three hours.’

I relaxed into the low seat and closed my eyes. This time I’d been even more nervous about coming to see the Englishman. But as soon as I saw him and felt his lips on mine, all that happened at the end of my last visit seemed like a bad dream. Had the Englishman really said he wanted us to be free to date other people? His letters since, and his behaviour now, was even more passionate and loving than before. It was as if we were a real couple, not just two singles meeting up for occasional sex.

The Englishman’s mother embraced me warmly. She made me a cup of sweet, milky tea and placed a slice of strongly spiced fruit cake in front of me. The kitchen smelt of her baking. The Englishman sat across the table and smiled while her mother fussed over me. I didn’t dare to say I didn’t like tea, milk, or fruit cake, but instead tried to sip the hot, sickly drink.

I heard the front door open. The Englishman’s sister walked into the kitchen. She kissed me lightly on both cheeks and sat down. She was dressed smartly in a navy blue skirt and a white blouse. She was seven years older than the Englishman and had the same dark features, with her eyebrows plucked into a neat shape and her eyes made up with discreet pale blue. Her smile was friendly when she looked from me to her brother. ‘I bet you two love birds are glad to see each other at last.’

I blushed and the Englishman shifted uncomfortably in his chair. We hadn’t made love yet. The yearning to touch each other was overwhelming. It was as if the Englishman’s sister had sensed it. Then with immaculate timing, his mother said, ‘I’ve put you in The Blue Room.’ I looked from her to the Englishman. My face felt hot.

‘Let’s get your things from the car.’ The Englishman led me out of the kitchen. Outside, he kissed me behind the open boot of the car. ‘They’ve agreed to let us sleep in the same room.’ I relaxed my body against his. He held me and whispered into my ear, ‘The things I’m going to do to you tonight…’

On Christmas Eve morning, the Englishman said, ‘I need to do some shopping.’ I was surprised. He hadn’t bought all his presents yet? He drove us into the nearest town, Trowbridge, bought some scented soap for his mother and a book for his father. Then he took me into a pub in the corner of the high street. It turned out to be a bar in a hotel and full of people and noise. A large chested woman approached the Englishman, embraced him and kissed him on the lips.

‘How are you darling?’ She was holding a drink and a cigarette above the heads of the other revellers. Her complicated hair do had ash blonde streaks in it. A few curly strands fell around her face.

The Englishman introduced her, ‘This is a friend of my sisters’.

‘So at last I get to meet the famous foreign girl!’ The woman let her gaze wander from my high-heeled beige boots, my tight jeans, to my cream satin blouse.

‘She’s very pretty,’ she said and winked at the Englishman. ‘No wonder you’re smitten.’

In Finland we celebrated Christmas Eve with a church service followed by a meal of special Christmas foods, which took my mother weeks to prepare. When my sister and I were small we were allowed to watch a little television, but the highlight of the evening was the arrival of Father Christmas. He bought a sack full of presents for each of us, and as we played with our toys, the grown-ups had a drink or two. But no-one went out to a restaurant, or a bar. Even visitors were discouraged until Boxing Day. I couldn’t believe how different the celebrations were in England.

‘Oh, everyone goes out on Christmas Eve,’ the Englishman said, ‘and then you end up with a hangover on Christmas morning,’ he laughed.

The Englishman and I exchanged our presents on Christmas morning in the privacy of the Blue Room. When a week later I told my friend at the School of Economics about our gifts for each other, she smiled. ‘So sweet and so Freudian!’ I bought the Englishman a leather wallet and he gave me a fountain pen.

The Englishman’s house was busy on Christmas Day morning. The rooms were decorated with glittery paper streamers, balloons and tinsel. At around ten, the Englishman’s sister and her boyfriend arrived, followed by his brother and sister-in-law. His mother was rushing from one room to another, wearing an old-fashioned pinny, waving a tea towel, laughing. One by one the guests arrived for drinks. Soon the large sitting room was filled with cigarette smoke and noise. I was shy at first, but slowly I relaxed as the Englishman introduced me to the various family friends. Then suddenly, as if by previous agreement, the room emptied and with wishes for ‘Happy Christmas’, the guests departed.

Now there was a rush to get the food to the table. I’d never seen so many kinds of vegetables, roasted, boiled or mashed. The gravy was dark and juicy, and the turkey slices large and white. I felt drunk, but the Englishman poured more wine into my glass. ‘It’s Christmas,’ he said and kissed my cheek. Everyone around the table smiled at me.

‘How do you like Christmas in England?’ The Englishman’s father asked. His dark eyes had a spark to them I hadn’t seen before. He too was a little tipsy.

He patted my hand. ‘We like having you here.’ He nodded to his son in the seat next me. The Englishman put his arm around my shoulders and squeezed me closer to him. I looked through the French windows at the well tended garden with its green lawn and wondered if being this happy would make up for the lack of snow, or a little quietness, at Christmas.