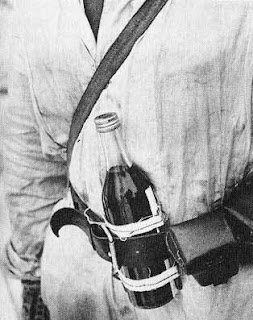 I was back in Finland at my father’s place on January 4th 1982. It was Monday morning and I was tired from the travelling. First the late night flight from London, then the overnight ferry from Stockholm. I’d hardly slept on the free bunk bed, even though it had been a quiet crossing.

My father was at work. I wondered if he’d remembered I was coming home today, because there was no food in the fridge. Perhaps he hadn’t been home since Christmas which I knew he’d spent with his girlfriend in Töölö. To think of her as a girlfriend seemed strange. She was so much older and yet unmarried. A spinster.

I sat in the kitchen and looked at the thick covering of snow outside. There was a sharp Northerly wind and people passing were huddled against it. I went to bed and put on the cassette the Englishman had given me. The words of ‘Every Little Thing She Does Is Magic’ by The Police rang in my years as they had been sung to me by the Englishman on New Year’s Eve. I could still smell his aftershave on my clothes. I curled up on my bed and slept.

I woke up to the telephone. ‘I’m coming home later. Is there any food?’

I put the phone down and went back to sleep. I was so tired, I didn’t even care for my father’s veiled criticism. Or that he obviously thought me merely a nuisance. I’d be gone soon, and when I left I’d never see him again.

The Englishman phoned me in the evening. ‘I love you so much. I can’t bear to be without you.’

I held the receiver close to my ear and listened to his breathing. My father had been home, eaten some raw herring and beetroot salad straight from the container and left again. I was glad to be alone. ‘Me too.’

I listened in stunned silence. The Englishman was coming to see me in February.

‘That means we’ll see each other…’

‘In just five weeks!’ the Englishman was jubilant. I could hear the laughter in his voice.

My father’s face fell when I told him the news the next day. ‘What, he’s coming here?’

‘I suppose we could go and stay with Mum in Stockholm.’

‘How did that woman manage to get a big enough place for you two to stay?’

I ignored my father. I wished I hadn’t mentioned my mother. We were sitting at the kitchen table, eating. I’d made him meat balls with a creamy sauce, boiled potatoes and courgettes. He looked at the green vegetables, ‘What’s this?’

He reached out for the salt and sprinkled it liberally over the food. ‘Just like your mother, can’t season food.’

I looked down at my plate and sighed.

‘When is he coming then?’

Eventually my father agreed to stay at his girlfriend’s place for the week the Englishman would be in Helsinki. ‘But I want to meet him.’

I looked up at him. His pale blue eyes were serious. For a fleeting moment I could see my old father, the one who called me ‘His Best Girl’ and who took me to the park and who let me sit on his knee and stroke the soft flesh of his earlobe.

He got up from the table, leaving his plate with the uneaten courgette on it. He belched loudly. I looked away.

‘I’ll teach him how to drink vodka,’ he said and left the kitchen. I heard him sit down heavily in the TV room. ‘You tell that Englishman he’s not to bother coming to Finland unless he’s prepared to drink like a man,’ he shouted over the noise of the TV.