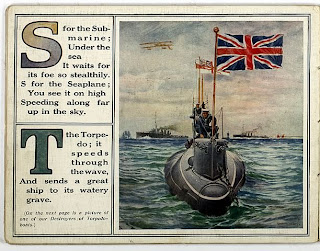 When the Englishman left after his week long visit to see me in Helsinki in February 1982, I was heart broken, but didn’t cry. Clutching the red rose he’d again bought me at the airport I sat in the posh Finnair bus on my way back my father’s place in Espoo, full of determination to do well in my studies at the School of Economics. I was enjoying my new subjects. Learning about political systems, about the workings of the labour market, about the intricacies of parliamentary democracy was a pleasure. And I was safe in the knowledge that the Englishman was serious about our relationship. I kept thinking: the sooner I get my degree, the sooner we can be together. Though we hadn’t discussed it, I knew I’d have to move to England. Not a big deal. I’d moved countries before and didn’t want to stay in Finland.

The house was cold and quiet when I got back. My father was at home, sitting in a dark room with a bottle of Koskenkorva vodka next to him. ‘Gone then, has he?’ he asked. I heard the sarcasm in his voice and knew better than to answer. It was his Jekyll and Hyde moments that I feared most, so I went into my room, locked the door and put on the latest cassette the Englishman had brought with him. I decided to read Karl Marx’s Das Kapital for an assignment due in the following week.

As spring arrived and the snow slowly melted in the small patch of land outside our living room, my work load at the School of Economics grew. My friend was still very upset about the Hulk and had immersed herself fully in her studies. She’d lent me all of her Doris Lessing books and I’d fallen in love with her writing, as well as her principles.

I found an old bike in the communal cellar next to the sauna compartment my father said I could use. When the weather was a little warmer I cycled to see an old school friend who’d started at the School of Economics a year after me. She lived with her parents a kilometre away and we sat in her bedroom and talked about university, men and fathers. Occasionally I’d go out but had little money or time. The Englishman wrote as often as he could, and phoned when he wasn’t at sea. Which was more and more rarely.

During that spring I also spent a lot of time at the School of Economics library, reading or borrowing books too expensive to buy. It was situated at the top of a modern office building, with one lift constantly ferrying students up and down. The staircase, which we only used when absolutely necessary, was the library smoking room, whilst the library was the meat market. Much like a book you needed, you could pick up a date there for the evening. Needless to say, the year 4 boys spent most of their afternoons in the library. But I was invisible to them now. The boy who’d asked me out ignored me studiously. If I passed the desk which his legs were sprawled on, his eyes pretending to examine the text in a book held high above his eyes, he’d not look at me. But if I turned around abruptly, I’d catch him assessing my rear.

What did I care about him, the Englishman had proposed to me! And I’d see him in April. This time we were going to meet in Stockholm, where my sister had promised us her flat for the week. I couldn’t wait to show the Englishman my second home town. Besides, Spring would be so much further along there. The city would be filled with greenery, with Easter decorations and sunshine. The very opposite of the dreary, grey, cold, windy Helsinki.

‘I know.’ I’d seen it on the news, how the mighty United Kingdom, a former colonial power, had been humiliated by a small South American dictatorship. But to declare war, in the 1980’s?

‘And on my birthday!’

I realised the Englishman had had a drink. ‘And they’ve cancelled all leave.’

The Falkland Islands, a small group of islands I’d never heard of, somewhere off the coast of Argentina was spoiling my plans to see the Englishman. How could this be? Absurdly I asked, ‘What about the flight?’

‘Act of War is Force Majeure. I’m in the Royal Navy, I’ll get all my money back.’

Act of War. That was all I could think about. ‘Are you…?’

There was a silence at the other end.

‘I mean, are they going to send you to…’

The Englishman interrupted me. ‘Please don’t ask. I can’t say.’