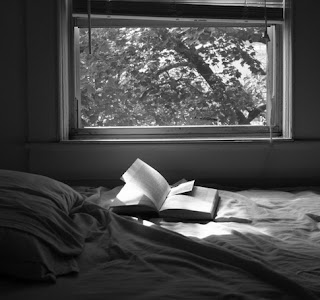 The Englishman never told me if he went to war. During the Falklands conflict we spoke very rarely. I felt I was an undesirable, living as I was close to the Soviet Union. Even his letters dried up.

I tried to concentrate on my studies and spent most of my time in the University Library. It was still used as the pick-up spot, and was ever busy. I kept bumping into the 4th year boy in the lift, or on the landing where he’d stand leaning against the steel banister, taking long drags on his cigarette. Once when I went for a smoke with my friend, he came out alone from the library and was so startled to see us he stopped dead. His worn-out leather jacket was undone, and his dark brown hair flopped over his eyes.

When he finally moved away from the door and pressed for the lift, the devil in me said, ‘Can I have a light?’ I dangled the cigarette between my fingers. He stared at me for a moment then lit a match and held it in his cupped hands. They were shaking.

My friend and I couldn’t look at each other until we heard the lift stop at the ground floor and the outside door open. We both burst out laughing at the same time.

‘He’s still got the hots for you, you know,’ my friend said, growing serious. ‘I can’t believe what I just saw!’

In the bus on the way home I thought about the boy, or rather, man. We’d worked out he must be at least 26. According to the School of Economics myth, that group of students had been at the University since the mid seventies. This year would be their 7th. I couldn’t believe it, besides, stories grow in the telling. But the guy intrigued me. I couldn’t help it. I had so little contact with the Englishman, I was beginning to forget how his lips tasted when he kissed me. We hadn’t seen each other for 3 months. As the Falkland’s war progressed, his image grew more and more distant.

No-one in Finland understood what it meant to me to have the Englishman at sea, not knowing whether he was involved in the war or not. If a British submarine was lost to the Argentine Navy, would Thatcher let the world know about it? I doubted it. Eventually his parents would be told if anything happened to him but would they think about letting me know? They’d be too grief stricken to even think of anyone else. Had the Englishman told his mother about the proposal? How I wished I’d said ‘yes’ on that magical night at the ball. I’d now have an official role in relation to my love, and a right to know if the Englishman had been sunk.

My Father was the least sympathetic of all. ‘You should find yourself a good Finnish man.’ He seemed to have forgotten the night at the Russian restaurant. I wondered what had caused this change of heart, but wasn’t surprised. He’d always been like it: One day he’d say one thing, the next the complete opposite. For the past few weeks he’d spent all his evenings and weekends at home. Mostly in a bad mood. I wondered if he’d had a row with his girlfriend, but didn’t dare to ask.

I was in limbo. I was confused. I was lonely. 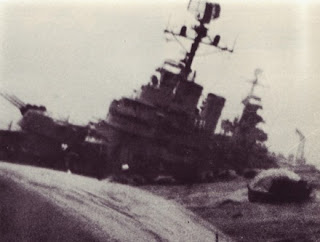 The night the news of the sinking of the Belgrano was shown on TV, my Father had been drinking vodka all evening. The bottle of Koskenkorva stood on the floor next to his chair. The Finnish newscaster didn’t say if there were any British casualties, but who’d know if several British submarines were involved? I’d seen enough war movies to know submarines hunted ships in packs. I sat on the plush sofa and watched the pictures move in silence. Involuntarily I put my hand against my mouth. My Father narrowed his eyes and glanced sideways at me. ‘You know the Englishman is not there!’

I ran out of the living room. I cried into my pillow, trying to keep quiet. And then the phone rang. I heard my Father answer. He said, ‘Just a moment,’ in English. I ran out into the hall and took the receiver from him.

To hear the Englishman’s voice! It sounded as if he was far, far away, but I knew better than ask where he was calling from. I sobbed into the telephone, I couldn’t help myself.

‘Nothing, I was just watching the news, and I didn’t know…’

I sighed and sat on the floor in the hall. We spoke for over twenty minutes. I cried, laughed and whispered into the receiver, not caring how much of it my Father heard. When the Englishman said he had to go, I told him I loved him once more, put the receiver down and walked quickly to my room. I fell asleep dreaming of my handsome Englishman.