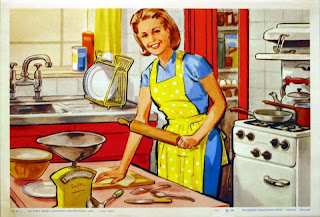 On a Thursday in mid October in 1980, I was baking bread in the small kitchenette of my Helsinki flat. It was two days after the Embassy Party where I’d met the Englishman. Who’d promised to phone and hadn’t.

I knew sooner or later I’d have to come clean to my boyfriend. But not tonight. I started mixing flour with water and yeast. That’s when the phone went. The Englishman sounded so elated when he heard my voice.
‘You’re late.’
‘Sorry?’ Now there was a serious tinge to his tone.
‘Exactly 48 hours late.’ We Finns don’t beat about the bush. Nor do we do small talk. Not even with potential lovers, especially not with the unreliable ones.
I balanced the avocado coloured receiver between my neck and shoulder and listened. Even when he was being serious I could hear the smile in his voice. He’d rung the wrong number for two days. The digit ‘one’ that I’d written in lipstick on his napkin looked like a seven, he explained. A mate had told him Europeans write numbers differently.
‘I see.’ How could I believe this foreign sailor? They had loose morals, everyone knew that. I thought about my fiancé. Meeting up with the Englishman would end it. Was I really prepared to do that?
‘Please, please come and meet me?’
‘But it’s impossible.’

There was a short pause. I held my breath, was he giving up on me?

‘If I phone again in half an hour, you’ll think about it?’
When I manoeuvred the receiver down with my floured hands, I thought, ‘What if he doesn’t call back?’
While I’d listened to his apologies I was already planning what to wear. Luckily I’d completely lost my appetite and my weight had plummeted. I rushed to wash my hands, phoned my mother, sister and best friend to canvass opinion on a) Whether to meet him and b) What to wear. I only really needed an answer to the latter.

We did all the things would-be lovers, who have nowhere to go, do: walked along the Esplanade under the steel coloured sky, flitted from one Helsinki bar to another. I was petrified we’d meet anyone I knew, especially as the handsome English Naval Officer insisted on holding me close to him. So I steered him to places I didn’t think my boyfriend’s posh family would be frequenting. Of course we bumped into his shipmates everywhere we went, causing hilarity and cheering.

‘We sail tomorrow,’ the Englishman said and asked me if he could kiss me. I couldn’t resist him.

‘Can’t we go to your flat?’ he asked breathlessly

‘My boyfriend might be there. He has a key.’

When he insisted I had to tell him my fiancé had a hobby: guns. ‘He shoots moose, rabbits, wood pigeons, whatever he can find in the forest. He has a favourite handgun which he sometimes carries.’

The Englishman didn’t ask about my flat again.

When, gone past midnight, he put me into a taxi, I cried all the way home. I was convinced I’d never see the Englishman again. I felt very alone. Next day, or even that same night, if he was in my flat waiting for me, I’d have to confess all to my fiancé, and that would break off the engagement.

I shivered when I thought what his mother would say.