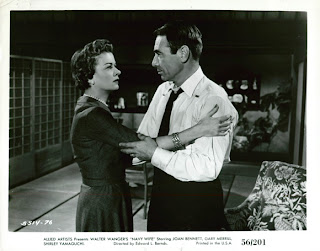 It wasn’t until June that year of the Falkland’s War in 1982 that I and the Englishman finally managed to see each other. We’d been apart for four long months, during which I’d feared for my submariner’s life my every waking hour. He telephoned me very rarely. When the news of the sinking of the HMS Sheffield came, I didn’t sleep until I had a letter confirming he was OK. How, during those war months, I wished I’d have someone I could call, someone who would’ve understood what I was going through. Instead I tried to study hard, and by the end of the term I’d passed all my exams with good marks.

Watching him collect his bag through the glass wall at the Helsinki airport arrivals lounge, I thought about the two years I’d spent waiting for his letters and phone calls, counting the days till I’d again be able to lean against his warm body. It seemed strange how my life had changed so dramatically, and so quickly, at the British Embassy cocktail party in October 1980. Before the handsome British Naval Officer had come over and talked to me, my life had seemed settled, pre-planned even. I was going to complete my studies, marry my boyfriend, move into a house his parents had promised to buy us in the same leafy area of Helsinki they lived in. As long as I didn’t upset his mother, I had nothing to worry about. And of course she and my boyfriend wanted me to produce grandchildren, three to be exact. Instead I now stood in the deserted arrivals hall, again nervously waiting for my Englishman to see me, with no idea what the next year would bring let alone the next month, week or even day.

It was a hot, sunny afternoon, two days before Midsummer. In Finland the third Friday in June marks the start of the holidays. Everybody flees Helsinki for the weekend to go somewhere by the sea, lake or forest. Most stay away for two or three weeks leaving the city quiet and dusty. I’d booked us a room at a lakeside hotel an hour’s train journey from the city. My parents had taken us there when I was little. It was an all-inclusive package which my father, uncharacteristically, had paid for. ‘Show the Englishman how beautiful Finland is,’ he said.

On the posh Finnair bus home from the airport, with the air conditioning on full blast, making me shiver in my thin cotton dress, the Englishman didn’t seem impressed with my plans.

‘We’re going where?’ he demanded. I tried to explain, but the Englishman sat next to me on the velveteen bus seat, holding my hand with his face turned away from me, towards the front of the bus. I looked at his profile, at the dark stubble on his chin. ‘Don’t you want to go,’ I asked nervously.

The Englishman turned his eyes to me and kissed me lightly on the lips, ‘Of course I do. No problem, let’s do it.’ But he didn’t sound at all sure.

The Rantasipi Aulanko wasn’t as I remembered it. The vast, low ceilinged lobby was shabby. There was a large mark on the carpet right by the reception desk. The room, for which a surly woman at reception had handed us a key, had two single beds arranged head to toe. The Englishman saw them and laughed. I wanted to cry. Instead I went to open the curtains of a large window at the end of the small room and saw what we’d come for. The lake, Vanajavesi, opened up in front of us. The sun, still high up in the afternoon sky, was blinding.

I went to hug the Englishman and tried to kiss him, but he turned away from me to put his bag down. ‘Let’s go, I’ll show you around.’ I said grabbing his hand.

I was eleven when my Father took the whole family to have lunch at the newly built Rantasipi Hotel. It was a drive away from Tampere, but it was Mother’s Day. We had the buffet from a long table laid out with various dishes on a crisp, white linen tablecloth. The dining room was a square space with a high ceiling and large windows, which reached down to the floor. I wondered if the restaurant too would look shabby to me now as I led the Englishman around the paths through the Häme National Park, at the edge of which the hotel was built. 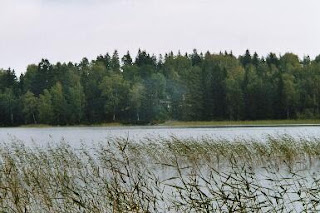 The Englishman was unusually quiet. When we first kissed at the airport, it felt the same as before. When we’d made love that night, it had felt the same as before. But today he had hardly touched me. Perhaps he really didn’t want to come to this place with me? When I felt a few drops of rain fall onto my bare arms, I began to regret the whole idea myself. I ran into an old, circular shaped wooden summer house, with chipped paintwork, and sat on a half rotting bench to wait out the light shower. The warm summer rain fell softly against the old pointed roof. I felt close to tears. Even the weather connived to spoil the Englishman’s week in Finland. Why had I not consulted him before booking this midsummer package? I looked at his straight back. He was leaning against the railing looking out to what I thought was the most beautiful view of the lake. But he didn’t seem to be admiring it. Instead he turned around and looked at me. His face was serious. An awful thought entered my mind. Perhaps he was not upset about the hotel at all. Perhaps it was me – us? Perhaps he’d come over to finish it and didn’t want to do it in a hotel? That was probably why he hadn’t even wanted to do it with me on one of the ridiculous single beds just now. I shivered.

The Englishman came to sit next to me and put his arm around my shoulders, ‘What’s the matter?’ His voice sounded soft.

The Englishman let his arm drop. We sat in silence until the rain stopped. When I got up, he took hold of my arm and said, ‘What’s really wrong?’

I sat back down and looked at the shifting clouds. The sun peeked out from behind the tops of tall, dark pine trees on the other side of the lake. ‘You know the sun won’t even set tonight? It’ll never get properly dark. It’s supposed to be a magical night.’

‘It’s you!’ I said, ‘Something’s wrong with you, not me!’ I was nearly shouting.

The Englishman looked startled. Now he’ll have to say it, I thought. Now I’ve made him do it.

The Englishman looked down at his hands and said very quietly, ‘Yes’.

The Englishman looked at me surprised, ‘How…?’

‘My father paid for it.’

The Englishman’s face changed. His jaw became more square than it already was, and his eyes became even darker than they were when he looked at me just before he kissed me. ‘Your father has paid for me to stay here?’ he asked with a steely voice.

That midsummer’s night was all but magical. The Englishman told me he would pay my Father back for the hotel, and then refused to discuss it further. I couldn’t understand him. As far as I was concerned my Father owed me big time for all the years my mother had to skimp and save for our school fees and food bills, when all he contributed was the occasional fifty Marks for a birthday or a Christmas present. And even those he sometimes forgot. But the Englishman wouldn’t let me explain. We left the hotel almost without speaking to each other. I felt as if he’d suddenly turned into someone else.

Back in Helsinki, at night, my Englishman returned. As long as I didn’t look into his eyes, where something had changed, he was as before. He whispered lovely things into my ear as before, his touch was as wonderful as ever and his kisses as sweet as always.

On the Monday after Midsummer I had to go back to work in the bank, where my annual summer internship had already begun, and leave the Englishman alone. He didn’t seem to mind but stayed asleep in the morning while I tiptoed out of the house. In the evening I cooked him steak and salad while he read his book. We watched Finnish TV, which he thought was funny, and retired to bed where my old Englishman returned.

The night before the Englishman was due to fly home, he told me he was joining a new submarine at the Scottish base in Faslane. ‘It’s a nuclear sub,’ he said. I’d been reading about the women protesting at Greenham Common against nuclear weapons. I was against them too. As a Finn you felt vulnerable between two superpowers wielding their nuclear armaments. I shivered at the thought the Englishman would be part of that deadly machinery.

‘Don’t you think the nuclear arms race should be stopped?’ I said.

The Englishman regarded me for a moment. ‘It’s not for me to decide.’ he said firmly and continued packing his things.

When we parted at Helsinki airport, we didn’t discuss the future. The Englishman bought me a red rose, but I didn’t cry.