The Englishman and I spent the week in August 1982 playing happy families. We stayed in every night, cooked together, and smiled into each other’s eyes. In the mornings I went to work at the bank, and the Englishman went shopping for food. He told me the women at the meat counter laughed at him when he tried to use the Finnish phrases I’d written down for him.

When I came home from work he poured me a gin and tonic. We sat outside on the small patio at the back of the house and had our ‘sundowners’. The Englishman told me that’s what the officers called the first drink of the evening when on a naval visit somewhere hot. They’d watch the sun set against the horizon before it rapidly disappeared into the sea.

‘It goes, psshht,‘ he made the noise of a lit match dropped into water.

I saw the noisy children from the houses around us play on the swings in the middle of the communal gardens. There was a the small area of neglected grass in front of us, grown patchy and yellow during the scorchingly dry summer. The sun was still high up in the sky. This far North it didn’t set until much later in the evening. Still, in my mind, sitting next to the Englishman I was in Gibraltar or the , smoking a cigarette and drinking a smart cocktail.

We didn’t talk much about serious things. Or not enough. At the end of the week when we said goodbye at airport, I nearly pulled him back, wanting to start the week all over again. Later in bed, alone, my mind turned to what we hadn’t talked about, and a chill spread over me. I wrapped my thin summer duvet tighter around my body. I tried not to think about the ‘girl’ he’d slept with. The Englishman said it was a ‘stupid accident’ that just ‘happened’. When I asked if it was someone I knew, he vigorously shook his head and didn’t look at me. I ransacked my brain for anyone, any girl, who’d shown signs of being smitten with my Englishman. But I hadn’t met many of his friends; I’d only been to wice.

He blamed the drink. But how drunk did you have to be to accidentally sleep with someone? I’d been drunk too, too drunk to realise that I shouldn’t have had a one night stand with a stranger, but I didn’t call it an accident. I was fully intending to do what I did before I even set out that night. Did that make it better or worse? Had the Englishman, like me, decided that we were finished before he had his accident? If he had, what had changed his mind?

None of it made any sense and now he was gone I couldn’t ask him. Perhaps I should write to him? No, the wait for a reply would kill me. Perhaps when he phoned? I didn’t have the courage to spoil a telephone conversation with my doubts. I too had been unfaithful, so why not just forget about it and plan for the future?

At the end of our week together the Englishman told me that in the New Year he was going to be shore based in Rosyth, near . He said I should come over for a longer visit.

Time passed slowly. In late September I re-started my Political Science course at the and negotiated a postponement of my exams with my professor, a rare Finnish Anglophile. He organised a pass to library for me, and recommended books I should seek out there. I could stay in the UK for six weeks. To save money I travelled to London by train and ferry. The whole journey would take 4 days, but I broke it up a little by staying over at my mother’s in .

‘Can’t believe you’re still going strong after two years,’ my mother said as she helped carry my heavy bag to the Stockholm Railway Station, T-Centralen. ‘Must be love.’ She hugged me hard. I didn’t want to tell her how much I doubted the relationship.

On the first leg of the journey, I had a bunk in a four berth sleeping compartment. In late December Stockholm had a thick covering of snow, but as the train made its way South the landscape turned dull and brown. It soon became dark and there was nothing to see out of the window. I climbed into my bunk and was awoken sharply by loud clanking noises. It sounded as if the train had driven into a ravine. I gasped, and heard a voice in the darkness explain to someone below me, ‘The carriages are pulled and moved into the ferry.’ I sighed and lay back against my thin pillow. We were in Helsingborg, about to cross over to Denmark 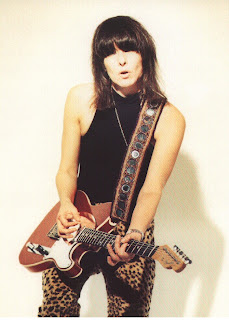 Cause I’m gonna make you see
There’s nobody else here
No-one like me
I’m special, so special
I gotta have some of your attention
Give it to me