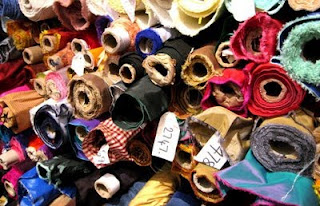 In February 1983 I got a part-time job at Stockmann’s department store selling fabrics on Friday evenings and Saturday mornings. My studies at the were going well and I’d passed all the exams I took when I came back from . I continued to get good marks for my coursework, even though as well as working, I went out every week with friends to the University Disco. Once or twice I bumped into the 4th year guy who’d been flirting with me, but his attentions didn’t bother me anymore. Once I even saw the tennis player there. He walked towards me and our eyes met. I just nodded and turned my back to him. My friends were on the dance floor and I feared he’d come and talk to me because it looked like I was alone again. Just like the summer before when he picked me up. I held by breath and was glad he didn’t. Then I thought, well at least he recognised me, and smiled to myself. But I had no desire to speak to him, or see him ever again.

I missed my Englishman wherever I found myself.

He wrote nearly every week, his words full of longing and love for me. Occasionally there’d be a late night phone call. Sometimes a fortnight would pass without any communication, and all I could assume was that he was away at sea onboard his submarine. I replied to each letter, but often our messages to each other would cross in the post, and a question would take two or three letters to be answered. We didn’t write about anything important though, such as The Future, but just what happened to us each week. I told the Englishman about how Russian customers at Stockmann’s would try to buy dress fabric with a bottle of vodka, or what marks I’d got in my exams. The Englishman told me about his nights out with his mates, about a trip down to to see his old friends. He said very little about his work, only sometimes referring to ‘refits’, ‘work-ups’, or ‘programmes’. I didn’t understand what the ‘boat’, as he referred to the submarine, did when it sailed, nor what my Englishman’s job was. I assumed I wasn’t supposed to know or understand.

In April he told me that when he visited his parents they gave him money towards a new car as a birthday present. He sold the yellow Spitfire and bought a more reliable car, a Ford Fiesta. I mourned the open top sports car and couldn’t imagine my Englishman at a wheel of anything else.

I spent my 23rd birthday later the same month with my Father and my sister, who was over from .

We were sitting in the Happy Days Café where our Father had taken us to have a buffet lunch. For once the girlfriend wasn’t with us, even though it was a Saturday. I looked at the uneaten Gravad Lax and pickled herring on my plate and sipped at the half litre glass of beer my sister had insisted I should have. ‘It’s your birthday and he’s paying, for goodness sake,’ she whispered in my year when I’d hesitated on what to order.

‘But I won’t be able to get a job without a work permit.’ I said.

‘Get a work permit then.’

‘You can’t get one. There’s huge unemployment in the , just like here, and no-one outside the EEC gets a work permit. Unless you’re a brain surgeon or something.’ I looked at my sister’s blonde curly hair and dark eyes. Living in suited her. She looked slim and fashionable in her short black skirt and frilly blouse. I continued, ‘I’d have to marry him to be able to live and work there.’

My sister smiled broadly. ‘So, what’s the problem? You love him, he loves you.’

‘Besides, he’s already asked you to marry him, so just say yes!’ My sister lifted her glass and clinked it with mine.

Our Father had a large plateful of food and sat heavily next to me in the leather booth. ‘Yes to what?’ he said, looking suspiciously at my sister.

‘Oh, I just think some-one should marry and leave this godforsaken city and country for ever.’

My Father’s nostrils flared as he took a deep breath in. I wondered if I could ask them not to fight on my birthday. But it was already too late.

‘You’d think that, wouldn’t you! You, who scarpered over to to follow that bitch of a mother of yours. Foreign men, that’s what you’re after, just because no Finnish man would have you. I bet you’ll marry some soft, milk-drinking Swede.’

There was a silence. The little appetite I had before, vanished. I didn’t know what to say. My sister was looking down at her plate. She glanced at me under her eyebrows. Her eyes were dark, dangerous-looking. Father was staring at my sister, holding his knife and fork upright. Like a man-eating giant about to pounce. Waiting for the retaliation. But my sister was silent, for once not rising to the bait.

A waitress came to the table. ‘Any schnapps here?’

My Father’s eyes lit up. ‘Yes, we’ll have a round of Koskenkorva.’

‘Oh, I don’t care what he thinks,’ my sister said later. We were walking along the Esplanade towards a restaurant where a friend of hers was working. It was a sunny, almost warm day. Trees along the park were beginning to bud. Spring was definitely on its way, at last. We’d left Father drinking himself stupid at Happy Days Cafe. His mood had improved with the Koskenkorva. After we’d eaten, he told us to go out and have fun, pressing a few hundred Marks onto each palm. The same old routine. ‘Might as well use the money as His Pisshead Lordship wishes,’ my sister laughed and took my arm.

The Englishman phoned later that night, wishing me ‘Happy Birthday’. I very nearly told him what my sister had said about moving to and marrying him, but at the last minute I hesitated. It was for the man to ask the woman, not the other way around.

‘I’ve only got three weeks left of term.’ I said instead.

‘Right, and then what?’ the Englishman said.

That was it. I couldn’t get any more out of him. I tried not to worry that he had stopped loving me or that he’d accidentally slept with another girl, or even the same mysterious girl. In bed that night I again re-read his last letter. He swore his undying love for me. Perhaps he truly didn’t know or couldn’t tell me what he was doing in the next few months, or even weeks? There was a Cold War on after all. Goodness knew who might be listening in on our telephone conversation. It always sounded as if several lines were open when the overseas connections were made. I often heard a click or two as if some-one put the phone down during our call. The Englishman’s jokes about sleeping with a spy, or the ‘honey traps’ the ship’s company had been warned about when we’d met still rang in my ears. Surely he didn’t suspect me of being a Soviet spy after all this time? After two and a half years?

A month later, when I’d already started my fourth summer internship at the Kansallis–Osake–Pankki on Erottaja in the centre of , a letter from the Englishman was waiting for me at the doorstep at home. Just that day, I’d discovered the British Council library in a building next to the bank and borrowed Graham Greene’s spy novel, The Human Factor, in English. I was looking forward to curling up in bed reading about in English, but first I ripped the blue envelope open.

‘I have been so miserable here without you all this time. But now I finally know what my schedule is going to be for at least the next few months. As you know our refit has been delayed so many times now, and as a consequence they’ve decided to send me on an OPS course in . I’ll be on dry land and away from for six months! The course starts early June and ends at Christmas.’

The Englishman was going to live in his friend’s house in Southsea again and he wanted me to come over ‘for as long as you can, as soon as you can make it.’

I sat down on my bed. My father was still at work, or perhaps he wasn’t going to come home that evening. I was glad, I needed to be alone and think. I had no idea what an OPS course was, but it didn’t matter. How could I ask for time off at the bank when I’d just started? Would they understand I needed to go and see the Englishman? I was OK for money, I’d saved some from the part-time job at Stockmann’s. At the end of the month I’d have my first pay check from the bank. Even though it was just for one week’s work, it would cover the cost of the flight.

The next day I went to see the Manager at the Bank.

‘Young love,’ he muttered and smiled. I’d known him since my first summer at the bank He’d graduated from the same university as me ten years earlier and kept calling me ‘The Lady Economist’. He thought me very smart and I feared the day when he’d realise the truth.

I was amazed. It was unheard of for summer interns to get leave, unpaid or paid. We were there to cover for when the permanent staff took their holidays after all. I shook his hand and thanked him. I skipped out of his office.

That afternoon walking back to the bus stop along Mannerheimintie I hummed to myself. Straight after work I’d gone to the Finnair travel agents in the corner of Aleksi and reserved my flights to Heathrow. In only two week’s time I’d be on the aeroplane on my way to . In only fourteen days’ time I’d be in the arms of my Englishman.