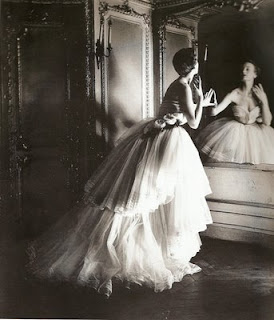 I finished my drink in a few large gulps and asked the Englishman to get me another. We were leaning against the low balcony wall at the Dolphin mess. Music was flowing in from the rooms beyond, and people were moving in and out of the long, wide outdoor space overlooking the harbour mouth. Lights from Old Portsmouth opposite flickered against the dark water. Men were handsome in their pressed uniforms and polished boots, women glamorous in their long ball gowns.

‘Alright darling, what would you like?’ the Englishman asked with a puzzled look on his face. Ladies weren’t supposed to ask for a drink, they were supposed to wait to be asked, I thought. But I didn’t care. I saw the large beer glass in his hand and nodded towards it.

I said nothing, just looked at the Englishman.

I should have been impressed, but all I could think about was what the old guy had said to me.

‘Who was that man I was talking to before,’ I said, trying to sound nonchalant. Or as if I was just making conversation.

‘Oh, he’s Commander SM. He sort of runs this place. Why, what did he say?’

But the Englishman didn’t really want to know. He wasn’t even looking at me. He was surveying the crowd. He waved his hand to some-one. The buzzing sound returned to my ears. A pretty girl wearing a salmon-coloured silk satin gown, clinched around her tiny waist with a huge bow at the back, was walking towards us. She was flanked by three men in uniform.

‘Hello, handsome,’ she said to the Englishman and kissed him on the cheek.

The Englishman introduced her. ‘This is the lovely Tash. The girl we were all in love with at .’

I managed a smile, although my ears were buzzing ever louder and my face seemed to have frozen into an unmoveable stare.

‘Nonsense,’ Tash said. She dipped her chin and looked up from under her thin eyebrows at the Englishman, feigning shyness.

The drinks arrived. As I was handed the pint, there was a silence. All eyes seemed to follow the glass of beer as it travelled from the tray to my hand.

‘Cheers!’ all said in unison.

‘You know, I once knew an Australian girl who drank pints.’ One of Tash’s entourage said, nodding kindly to me.

‘Yes, and I’ve heard all the girls down under do!’ said the other.

‘I bet in girls drink pints too?’ asked the Englishman’s friend who’d brought me the drink.

The Englishman took hold of my waist and said, ‘She can drink any of you under the table, though she hasn’t grown a beard yet.’

As usual, I thought, I’m the butt of a joke. I drank my beer quickly and when asked if I wanted another, I nodded.

By the time we sat down to our meal I was drunk, but all I wanted was to drink more. Occasionally the Englishman took my hand under the table, and asked if I was alright, but for the most part he laughed and talked loudly with the other people at our table. One of whom was the infamously lovely Tash, or Natasha, as the Englishman told me she was really called. ‘But everyone calls her Tash,’ he’d added.

She was sitting at the other side of the round table, attended to by a handsome naval officer either side of her. I felt sorry for a dark-haired girl who sat next to one of Tash’s adoring fans. Her purple dress had a deep cleavage, showing off her plump breasts. Occasionally I’d catch a guy around the table staring at her assets, but for the most part she was ignored, leaning across her partner to catch what Tash was saying.

As soon as the Englishman left my side, or I went to find the ladies’, other uniformed men approached me as if I was fair game. I thought somehow they’d guessed I was foreign. And that I was inferior, even desperate. Just like nurses. The Englishman had said there was a joke amongst young naval officers: ‘There are only two certainties in life: death and nurses.’

We weren’t home in the little house in Southsea until gone two o’clock. I was sick in the bathroom all night. Even after I’d brought up everything I’d eaten and drunk that night, I couldn’t sleep and sat at the edge of the bed. I felt like crying. The alarm clock on the side table said 5.30. Sleepily the Englishman put his head on my lap and said, ‘You got room spin?’

The Englishman closed his eyes and lay back against the pillow, ‘Come to bed then.’

I knew I should have done as the Englishman said. I should have lain beside him and slept. I should have waited until the morning to talk. It was a Saturday and we’d have the whole day together. Our last whole day before I was going back home to . But, still drunk, I couldn’t help myself.

‘You’re never going to marry me, are you?’

There was no response. I turned around to see if he had gone back to sleep. If he’d dared…Anger surged inside me.

But the Englishman was lying on his back, eyes wide open, looking at the ceiling. I turned away from him again. I felt such rage at the Englishman for putting me through the night. He must have known what the people would be like, looking down their noses at me, a foreign girl daring to dream that an Englishman, a British Naval Officer, would ever marry her. Introducing me to a girl like Natasha, who I’d learned later in the evening was the daughter of an Admiral. Who’d be the perfect wife for my Englishman. She’d know how to behave at cocktail parties and naval dances. She’d not wear a dress that was obviously cheap and too revealing, or drink pints.

Oh, how I wanted to go and lie next to the Englishman. To feel his strong arms around me, to put my head against his warm chest, to cry about everything in his embrace. But I couldn’t. I wasn’t going to be charmed by his empty words, by his warm kisses, or by sex. I had to be strong, and not be seduced. I had to know if we had a future.

I heard the Englishman sit up. He yawned loudly. I waited, with my back to him. I heard him breathe heavily, deliberately, in and out. ‘You know how much I love you.’

I turned around, ‘You don’t even mean that any more!’

‘But I do, darling, please, I’m so tired…you’ve been sick all night and…’

‘Oh yeah, it’s because I’m so uncivilised, foreign girls do that you know. Especially we Finns, we’re barely human, so we can’t really be trusted to attend fancy balls like tonight. Unladylike freaks, we drink pints of beer, not tiny glasses of wine like your lovely Tashes of this world.’

The Englishman got up. ‘What’s the matter with you?’ He looked angry, standing there in his boxers, his arms by his side, his fists tightly bunched.

Tears started to run down my face. I wiped them away with the back of my hand, swallowed hard and said, ‘That man, the Commander, he told me you knew you’d never be able to marry me.’

The Englishman sat at the edge of the bed next to me. He put his arm around my shoulders, but I shook it off. I didn’t want his pity. I was shivering, thinking he’d soon tell me it wasn’t true. That he loved me and would marry me as soon as I wanted, that he’d never been in love with that pretty Tash, that he would die rather than lose me forever.

The Englishman was looking down at his hands. I couldn’t see his face when he spoke. ‘I wrote to my Appointer and asked him if there was a problem with marrying some-one from a near-Communist country.’

I could hardly breathe. I stood up and shouted, ‘ is not a Communist country!’

‘I know that, but as far as the Navy is concerned…’

The Englishman came up to me and took me into his arms. I was stiff in his embrace while he spoke.

‘I was told by some-one that marrying a girl….from…you know.’ The Englishman took a deep breath. ‘You’ve got to admit is a bit different, so close to …anyway they told me my career in the Navy might be affected.’

I wriggled out of the Englishman’s grip, but he took hold of my arm and held onto it. ‘So I thought I’d ask directly, you know from the one person, my Appointer, who makes the decisions on my career.’

I looked at his face. ‘So what did he tell you?’

‘I’m still waiting for his reply.’