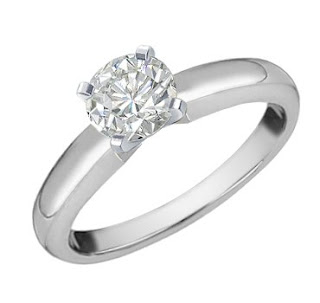 My Father was due home from his travels on the evening of the same day, 3rd of January 1984, I’d said goodbye to the Englishman at Helsinki airport.

I planned to cook his favourite meal: meatballs in a creamy sauce and peeled potatoes. I made a salad too, but knew he wouldn’t want any. He called it ‘rabbit food’.

‘Did you have a nice Christmas?’ I asked.

We were sitting opposite each other on the small kitchen table. I wondered if he’d spotted the ring on my left finger.

My Father lifted his head up from the food and looked at me from under his light-coloured, unruly eyebrows, ‘In Oulu?’

He put his knife and fork down, ‘In Lapland they don’t even know how to bake a ham properly. They’re not really Finns, too close to the North Pole.’ He paused, then a smile flitted across his untidy face. He looked tired. ‘But the Christmas tree didn’t cost anything. We felled it from one of the forests her family have. They’re big landowners up there.’

‘Oh,’ I said and rested my chin on my left hand. But my Father went back to eating, ladling the food into his mouth as if he’d never been fed. I sighed. ‘I got this,’ I said, stretching my arm across, shoving the hand with the sparking diamond ring under his nose.

It took him a little while to comment. He looked at the ring as if it was on fire. Or infectious. His eyes moved slowly from my hand up to my face. I smiled. He went back to the food and cleared his plate in silence.

I sat and waited. I couldn’t eat.

‘You’re getting married and moving to England then?’ he said finally.

‘Getting married in England?’

‘I…I don’t know. We haven’t decided yet. It all depends…’

‘I’ll pay for it if you get married in Finland,’ my Father interrupted me.

My Father’s eyes were squarely on me. He coughed and said, ‘Anyway…are you happy?’

I was so surprised by his words, I didn’t reply for a while. He’d never asked me such a thing. I didn’t think ‘being happy’ entered his consciousness. He scoffed at the modern disease of stress, thought any psychiatrist was a conman, worse if they happened to be female. He called anyone who belonged to a cult, religion, or had any beliefs, ‘One of the Happy People’. In short, he didn’t seem to possess a soul, or at least didn’t admit to having one.

‘And has your mother met the young man?’

‘Yes.’ I realised my mouth was still open. I closed it and tried to remember the last time my Father had called my Mother anything other than ‘That Woman’, or worse, ‘That Bitch’. Had he undergone some kind of personality change?

There was a long silence. I looked out of the window. It had started snowing at last. Large flakes hung in the air, slowly falling onto the ground. The single lamppost gave an orange glow to the small patch of dead grass outside the house.

‘I think this calls for a celebration!’ My Father got up and took a bottle of Koskenkorva out of the fridge. He poured two tumblers full and lifted his glass.

I nodded and lifted my glass. I couldn’t speak. We sat in silence drinking the neat vodka. It burned my throat as it always did. I took small sips and tried not to grimace.

‘There’s a lovely church in Espoo, you know,’ my Father said.

‘Have a look and tell me how much it’s all going to cost. I’ve got the funds, so don’t worry about that.’ My Father downed the rest of his drink and walked into the living room. I heard him put on the TV, sit down in one of the velour covered comfy chairs and fart loudly.