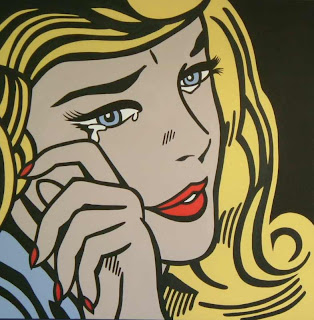 I was lying face down on my bed, with my head spinning, trying to make sense of what had just happened, when I heard the front door slam shut. Had my Father left the house? I waited for a few minutes. It was quiet. I crept out of my room and walked into the darkened kitchen. The parking space where my Father’s Saab was usually parked was empty. I took a deep breath and wiped my face with the threadbare tissue I had in my hand.

I went to the telephone in the hall and lifted the heavy receiver.
‘Mum?’
‘What’s the matter?’
Hearing my Mother’s concerned voice brought up the tears again, but I tried to stop the flow. ‘Dad, he…’ Holding back the tears took such an effort I couldn’t finish the sentence.
‘What’s he done now?’
I hesitated. How much of what my Father had said could I tell her? I didn’t want to upset her, but then I needed to speak with someone. ‘He said you wouldn’t be allowed to come…’ now I couldn’t hold back. Tears were running down my face. The cream coloured receiver stuck to my chin. ‘He said because he’s paying, you are not welcome at the wedding. He said I’m not to invite you.’
‘What!’
‘Oh Mum!’ I was crying now, there was no stopping me. What would I do? Get married in England? But how could we pay for the wedding? We had no money and I couldn’t ask the Englishman’s parents. Without my Father there was no way I’d be able to marry the Englishman.
There was a short, shocked silence at the other end of the phone. I heard my Mother’s quick intake of breath. ‘I cannot believe it.’
‘I know.’ It was such a relief to hear that my Mother felt equally strongly about what my Father had said. And she hadn’t even heard the awful words he’d used. Perhaps she guessed.
But very soon she recovered, ‘Don’t worry, I will pay for your wedding.’
‘But you don’t have the money!’
‘I do. It’s not a problem.’
I leant my weary body against the wall and sat down on the floor.
My Mother continued, ‘I knew he was going to be trouble. Always the same, he just doesn’t change.’
Half an hour later I got a call from my sister.
‘Bastard!’ she said. ‘But don’t worry, Mum and I have discussed everything. We’ll organise the wedding in Tampere, it’s where you were born after all. You can stay at Grandmother’s place and the English guests can be in a hotel. I’m thinking of the Cathedral for the wedding. I can’t imagine the date is a problem, we have nearly six months to organise things. I also think that we should have the reception at Rosendahl Hotel by Lake Pyhäjärvi, it’s perfect for foreign visitors.’
My sister went on, she had ideas about the menu, the wines and champagne we were going to serve. I listened and relaxed. She’d recently qualified as Maitre d’. I smiled as I thought my big sister liked nothing more than to organise things. Why hadn’t I thought of that before? She now said all I needed to do was turn up, she’d take care everything.
My mind started to wander and my thoughts turned to the gown. A school friend was a good dress maker and had promised to do mine. I couldn’t wait to consider designs with her. I’d saved several magazines and patterns. At Stockmann’s, dress patterns were sold next to the fabrics department, where I’d worked at the weekends for over four years . I only had two Saturdays left there. The lady in charge of the patterns concession gave me several pictures from the ones she sold. They included a Vogue pattern of a simple silk tulle dress. That was my favourite, but I had no idea if it was possible to make it and where I’d find the correct fabric. We had nothing even close at Stockmann’s. There must be places in London where that sort of fluffy, soft silk is sold, I thought.
‘You still there?’ My sister’s voice was concerned.
‘I’m just tired.’
‘I’ll call you tomorrow with more details,’ she said and hung up.
I went off to bed and slept soundly for over nine hours.
The next day there was no sign of my Father. I had to be at my friend’s place at nine, so I hurried out of the house. I hoped my Father would stay away at his girlfriend’s, where I presumed he was hiding, as long as possible. I didn’t think I could endure even an evening with him. I couldn’t wait to leave his house and Finland for good.
There was little snow left on the ground, just a few dirty patches on the side of the road. But there was a harsh Northerly wind as I walked along the streets of Lauttasaari, where my friend lived. For the second time in the same week I was back on the island, and walking past my old flat. Was this some kind of torture designed to make me consider the consequence of my actions? I shrugged off this fatalistic thinking, although sometimes I wondered how many obstacles were going to be put in the way of me and my Englishman.
Would we ever walk down the aisle together?