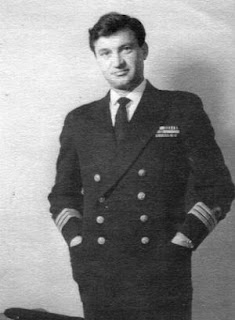 I sat and waited on the orange plastic seat at Liverpool Street Station for over three hours. It was a chilly February day in 1984, and as the light began to fade towards the late afternoon, I finally saw a tall man running through the throng of people, dodging an old woman pulling a large suitcase, and several men in smart suits, carrying small black briefcases.

‘God, I’m so sorry!’ The Englishman was panting. He took me into his arms. ‘I was afraid you’d gone.’

‘I have nowhere to go,’ I said. Now the tears I’d been holding back for the several lonely hours began to roll down my face. I wiped them away, trying not to smudge the mascara.

The Englishman explained how he’d been waiting at Waterloo, then after half an hour had enquired about the trains from Harwich and to his horror realised mine was arriving at Liverpool Street instead. ‘The traffic was awful and I couldn’t find a parking space anywhere,’ he said when he lugged my heavy suitcase down the busy street outside. It was dark already and I realised it must be rush hour. ‘It’s a bit of a hike,’ he said taking my arm.

‘Are you OK?’ the Englishman said as we walked along one narrow street after another. He looked so miserable, I couldn’t be angry with him, even if I wanted to. The warmth of his fingers around my cold hand was such a sweet sensation, I didn’t care about anything else. ‘I’m fine,’ I said and smiled in spite of myself.

We spent a week together, just us two, in the little house in Southsea. The Englishman’s friend, who owned the place, was in Ireland still, and a tenant was not due to come in until later.

‘It’ll be nice for you not to be all alone here,’ the Englishman said.

My new companion was another Navy friend, who I had met only once, but who I remembered as a well-spoken and well-mannered guy. ‘His father was an Admiral,’ the Englishman said. He’d been with the Australian navy for the past three months and needed somewhere to live in Portsmouth while on a course at the base. ‘He’s a skimmer, but alright.’ the Englishman said.

‘But your best friend is a skimmer!’ I laughed.

The Englishman kissed me. ‘You’ll make a good submariner’s wife, yet.’

I threw a pillow at him. We were sitting in bed on the Sunday morning. The Admiral’s son was due to arrive that evening and the Englishman was going back to Naples early the following morning. I was trying not to think about having to say goodbye to him so soon again.

‘How do you do?’ the Admiral’s son said as he appeared at the door. He shook my hand timidly and didn’t take his coat off nor put his bag down until the Englishman noticed him standing awkwardly in the cold, dark hallway. ‘Come in and make yourself comfortable!’ he said. As we sat in the living room I suddenly noticed how shabby the house in Southsea was. The Admiral’s son in his crisp, well pressed navy trousers, striped shirt and cashmere jumper looked far too tidy to perch on the lumpy three-piece suite the Englishman’s friend had inherited from his parents. Apart from the old furniture in the front room, there was a TV set which stood on a cardboard box in the corner, a record player with two large speakers either side and no coffee table. That explained the several stains all around the sofa on the worn-out mustard coloured carpet.

But it was a happy house. People came and went, and everyone renting a room there was immediately taken into the ever expanding group of the Englishman’s friends. It was as if being in the Navy, or one of the girlfriends, immediately allowed you entrance to an exclusive club, one which those outside the services weren’t allowed to enter.

But however correct and formal the new recruit to the Southsea house gang was, I appreciated his presence. As I waved the Englishman goodbye at the train station the next morning, and took the bus home, I was glad I would not be alone in the little terraced house.