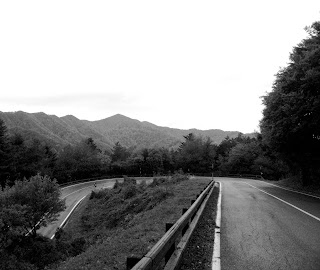 Two days after the Padre’s visit, on Wednesday 2nd of May 1984, exactly one month before we were due to marry in , the Englishman came back from . He stepped out of the taxi as the evening sun was about to set at the end of the tree-lined street in . He was tanned and wearing his dark blue navy jumper and trousers he looked so handsome, I had to catch my breath. The anger I felt for him dissipated. He kissed me outside the front door, dropping his brown holdall on the pavement. He took me upstairs and before we had a chance to talk we made love. His eyes seemed darker against his tanned skin and his body more taut.

Afterwards, as we lay in bed and I rested my head on his shoulder, taking in his scent, which now included something new, an addition from the heat of the Italian sun, we talked about the wedding.
‘So this time on Friday you’ll be my wife,’ he said and kissed me again. He jumped out of bed. I watched him in silence as he opened a new carton a Silk Cut and lit one. ‘Sorry, I’ve been smoking a lot more in , everyone on the base does.’
I smiled, I; his body was bronzed and muscular; the black hairs that covered his legs had turned slightly lighter. The effect was mesmerizing. He came back to bed and started telling me of his journey from to , where he’d caught a plane to Heathrow. ‘This driver they gave me, he was Italian. He drove like a maniac, on these roads that had a sheer drop down to the sea, littered with tunnels and traffic lights, which he ignored. He scared the living daylights out of me, all the red lights he drove through. He said you didn’t have to follow traffic lights in , that they were just advisory. My God, I though I’d never make it to you alive!’
I looked at him and laughed. But the thought that I could have lost him in a stupid car accident made me fall silent. What difference would an early ceremony in a registry office have made then? Wouldn’t I rather have my Englishman hopelessly disorganised than not having him at all.
‘What did the others say when they found out about the certificate?’
‘Oh, the Italians just shrugged their shoulders and the English said what a prat I was,’ the Englishman looked at me from under his eyebrows.
‘They were right,’ I punched his side.
The Englishman took me into his arms and kissed me, ‘But I’m happy because it means I can marry you sooner.’ He got out of bed and put on his boxer shorts and a worn out t-shirt he dug out of the wardrobe. I’d tried to arrange our clothes as best I could, though there was very little room for our things. The Englishman had told me that we’d get a large three-bedroom married quarter right in Southsea. Which one we didn’t know yet. Still, I couldn’t wait to move into our own place.
‘Thank goodness we’re alone this weekend,’ the Englishman said. The Admiral’s son had gone to see his parents somewhere in the country. ‘I need to phone people around and then we’ll go to the pub?’ The Englishman was half-way down the stairs and shouted to me as he took them two at a go.
I stretched myself and listened to his footsteps. I heard him dial a number and talk to someone, ‘Yeah, this Friday, can you make it?’
Once at home, the Englishman sprung into action. His first call was to his best friend, who was also his best man. He was going try to get weekend leave from his posting in . His friend’s parents, who owned the house we lived in, also ran a pub and B&B in Old Portsmouth and they agreed to give us a small reception in the breakfast room upstairs.
The Englishman laughed when he told me how the conversation with his friend had gone, ‘Me: Listen, I’m getting married. Him: ‘Yes I know; I’m your best man. Me: No, I’m getting married this Friday. Him: WHAT?’
In all the Englishman managed to gather about twenty people for his wedding at short notice. I was amazed by his capacity to get things done, and I watched in silence as he made his phone calls, laughing with people, joking with them about his inability to organise the certificate, and about how angry at him I was.
‘But I’m not mad at you anymore,’ I said to him after one such jokey call.
‘I know darling,’ he said and looking at his black notebook, dialled another number. The truth was, I wasn’t even slightly annoyed any more. I was simply blissfully happy. I was happy to watch him organising everything, happy just to hold him, happy to be married to him sooner than planned. Then it occurred to me; what would my mother and sister say? How could I tell them I was already married when I walked down the isle in Tampere Cathedral?