How do you write in another language? How can you make your words flow in a language that’s not your mother tongue?

I write in English even though it’s my third language after Finnish and Swedish. Why I do this, is one of the most common questions readers and other writers put to me.

A few months back, The Economist wrote an article titled, ‘Why do writers abandon their native language?‘. I shared this article widely on social media because it explained so well why an author might choose to write in a tongue not her own.

It made me think about my choice of language, and how I make it work

I moved to Britain some 35 years ago, and before that, I’d lived in Sweden. My mother tongue is Finnish, but when, as a ten-year-old, I went to school in Stockholm, I learned Swedish in the playground and it soon became the stronger language. Four years later, my family decided to settle back to Finland, and I had to re-learn my mother tongue. All through this time, I was also learning English, and when as a young Navy Wife I moved to Britain I began writing a diary. At first, I wrote in Finnish, but when it became difficult to describe what was happening around me in Finnish, I turned the notebook over and began writing in English from the other end. Soon the English language side took over and I haven’t looked back since. 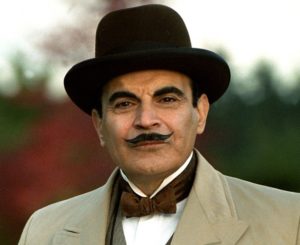 Of course, writing in a language that is not your mother tongue isn’t easy; there are many purely grammatical issues you have to be careful about. Several proverbs and common expressions are also easy to get wrong. I sympathise with Agatha Christie’s excellent character Poirot, who as a Belgian French-speaker often fails in his use of colloquial English, to everyone else’s amusement or bewilderment.

Five tips for writing in a foreign language

How to Write in Another Language is out now. You can find this handy guide here. 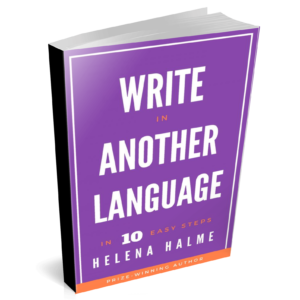