E-book sales have been sluggish in Finland, as displayed by the sales figures of the latest Finlandia Prize winning novel, Jää, by Ulla-Leena Lundberg. 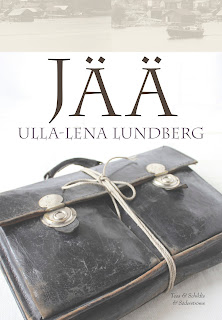 According to the Finnish newspaper, Uusi Suomi, Lundberg’s best selling book has sold over 100,000 old-fashioned paper copies, but only 100 e-books. That’s a mere 0.1 percent of the total sales. And this is even less than the total Finnish e-book sales in 2012 , which made 1% of total book sales, compared to about 10 % in Britain.
But Jää may be a bad example. It’s a high-end fiction title, a genre which often attracts a different kind of buyer. Award-winning books are also often bought as a present, which could explain the low e-book figure, say the Finnish publishers of Jää, Teos. 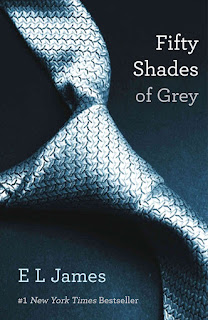 At the other end of the spectrum, titles such as Fifty Shades of Grey (all three books in the trilogy were bestsellers in Finland) have done much to increase the popularity of e-books worldwide. This may be due to privacy issues; no-one can see the cover of an e-book and judge its reader accordingly.
In spite of the disappointing sales of e-books, the trend is definitely on the up, even in Finland. According to the Finnish Book Publishers Association, printed book sales went down in 2012, while the sales of e-books rose in the same period by 8%. 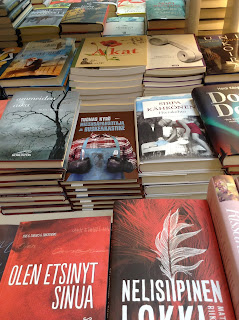 Because the cost of publishing an e-books is negligible, there has been an explosion of independently published e-books by author/ entrepreneurs worldwide. The Fifty Shadestrilogy is one such success story, which has made author E L James a millionaire.
This trend is bound to be mirrored in Finland, so who knows, at this very moment there may be a Finnish independent author who is penning his or her best-selling e-book. In my view, that is when the sales of e-books in Finland will also explode.
This article was also published in the summer issue of the Finn Guild magazine, Horisontti.