I left the office early today and decided to answer all the emails that I’d had since yesterday. It got me thinking how things have changed since I moved to the UK some 25 years ago.

When I talk to the (grown-up) children about how it was here then , I often end the tale with, ‘Of course there were no mobiles or email then.’

‘Yeah,’ They say and change the subject. For them it’s unthinkable that one would have to write letters to communicate. Or to have to rely on landlines to speak with some-one.

‘What happened if, say, you were late meeting some-one,’ Daughter once asked me.

But its not just the fact that there are all these new ways to communicate (like blogging!), it’s the etiquette involved in email that fascinates me.

What is, for instance, an acceptable response time? I get my emails to my hand-held as well as my pc, but I prefer to reply from my pc where I can use a proper keyboard, unless it’s urgent and just a short reply is sufficient. But sometime because I’ve already seen the email I forget to reply. And that I know is not at all acceptable. 24 hours seems to be the standard accepted time to take to reply to an email, a week is too long, anything above is rude. Do you agree?

Then there is such a thing as replying too soon; this can seem too keen or a bit – how shall I say it – like stalking. Unless, of course you know the person very well, it’s urgent, in which case even the 24 hour rule is a bit too long. See what I mean? It’s so complicated.

Not to mention the text of the email. Is it acceptable to have an email littered with spelling mistakes and totally lacking in capital letters? I don’t think so, but many of my friends and family do. (Not you Daughter – I know as an English student your spelling and grammar is perfect). You may be able to tell that I find this annoying, but would obviously never breath a word of my disapproval to any of my email pals.

And the title? Should it have one or not, and should the title actually have any relevance to the content? In an office where I worked in the past, the IT department sent out an email about the correct email etiquette. One of the recommendations was that emails should always have a title. I won’t bore you with the rest – business correspondence by email warrants a whole post by itself. One that you’ll never see here, however…

What’s your take on round-robin challenges? You know these emails where the sender tells you ‘not to break the cycle’ and you have to send them to ten other people or something similar. I very rarely take part, purely because there never seems to be enough time to. What about jokes? Do you approve of funny emails? Again, I’m lukewarm, but only because my inbox is normally so full of other stuff.

Don’t get me wrong – I love email. Occasionally when I ask for a person’s email address and they say they don’t have one, I am flabbergasted. How can you communicate without email? Oh, yes, we wrote something called letters….

So back to my emails, I must reply to them before I’ll inadvertently turn into a rude person. 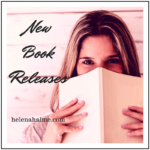