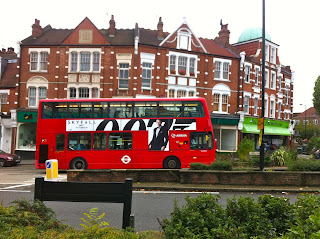 I have to admit to being a bit of a Bond fan. I grew up with Roger Moore as the Bond, and have since had difficulty in thinking anyone else can be as good as him in that role (I know, I know, Sean Connery was the original but I’m too young  – ahem – to remember him). But, our current Bond, Daniel Craig is doing a pretty good job to win me over. He’s so much more edgy than the Bonds of my youth. As the Telegraph Magazine yesterday said, ‘There’s a real sense that this man is burning up from the inside.’ How true (shivers down my spine).

So I cannot wait till Friday when I’ll be seeing Skyfall. Not only because it’s a new Bond film, or because Craig is such a dish, but also because my current near-obession, the Swedish actor, ex-husband of Girl with the Dragon Tattoo-famed, Noomi, Ola Rapace also stars in Skyfall. Such a shame he’s playing a baddie…although, perhaps that’s a good thing…(more spine tingling).