Well, my wish to have a jolly play next came true. Becky Shaw, a modern, witty play by Gina Gionfriddo, was just what I needed. (Don’t be fooled by the poster above)

The play, which is set in New York and Boston among other places, centres around the fall-out from a father’s death in a dysfunctional family. Sounds gruelling? But the play is above all a comedy, and a sharp and quick-witted one at that.

The marvellous Daisy Haggard, who’s currently starring in BBC’s ‘Episodes’, in the title role is as gormless as she is intense, totally meeting the challenge of being the desperate, funny singleton a la Bridget Jones.

Haydn Gwynne (I remember her best from ‘Drop the Dead Donkey’) as the cynical mother of the family is also excellent, but the performance I most enjoyed was by David Wilson Barnes, who as the dry, realistic, un-emotional step-brother of the highly-strung Suzanna (Anna Madeley) really hit the mark, igniting many belly laughs from the audience. ‘My date is Amish?’ he comments on hearing Becky doesn’t own a cell phone.

In spite of the gags, the play still tried to examine the state of the modern family and marriage. Here I must say it failed, trying to go deep into the psyche of the characters in a play, so littered with excellent comic dialogue, is not advisable in my view. It goes too near TV sitcom territory, which this play really didn’t need to do. Ignoring the final scenes where attempts at some seriousness met with a stone-walled silence from the audience, the majority of the play was incredibly hilarious and with the casts’ unfaltering American accents made a throughly enjoyable night out at the theatre.

Can’t wait for Children’s Hour later today, though after this weekend I think I might need to got to some kind of clinic to dry out from an overdose of art – the gym perhaps? Now that’s an idea… 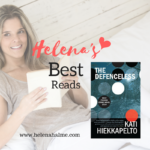 How (Not) to Have a Night at the Theatre