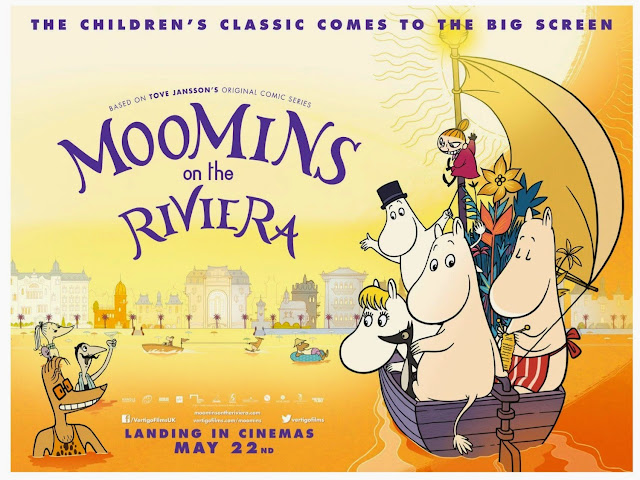 I wrote about this wonderful new animated Moomintrolls film (here), when it was featured in the London Film Festival last autumn. At that time the film only got two showings here in the UK, but now at last it’ll be on general release from tomorrow onwards.

So if you are a Moomin fan, or just fancy a feel-good film about life, love and family, go and see this fantastic film. Its funny, its heartbreaking and beautifully hand-drawn, whilst still being faithful to Tove Jansson’s original artwork.

Time Out gives the film 4 stars, and The Guardian too is waxing lyrical about this Finnish/French production.