There’s no snow in Lapland, a state of affairs which is terrible for the tourist industry. It doesn’t bode well for the future of our globe, either.

The lack of snow in Lapland has been picked up by newspapers and news channels alike. CNN reports a ‘Festive Flop’, while The Guardian gives a list of alternative things to do if you’re stuck in Lapland without snow this Christmas.  You could visit Lordi Square, a small area in Rovaniemi in Finland, renamed in tribute to the band that won the Eurovision Song Contest in 2006. Or you could visit a tattoo parlour and permanently mark your body with, “Let’s just go to France next year”, suggests the British newspaper.

Hmm, joking aside, I’d be more than annoyed, to put it mildly, (no pun intended) if I’d booked a family holiday to Lapland and was faced with a Black Christmas. This is what us Nordics call a snowless Christmas. Sounds pretty grim, eh?

All this negative press could cause a drop in winter tourism in Lapland, worth €700m, with some 100,000 visitors every Santa Season. The lack of snow has also prompted Visit Finland to issue a press release:

Following an unseasonably hot summer and autumn in Finland, Lapland is yet to see the heavy snowfall which would traditionally have fallen by now. Visitors travelling to Northern Finland now will nonetheless be able to explore Finland’s beautiful landscapes with an array of different activities, from hiking and mountain biking to kayaking and river rafting as well as searching for the Aurora Borealis (the Northern Lights ed.).

In Rovaniemi, families can discover Santa’s hut as he listens to children’s Christmas wishes and entertains by singing carols. Children can join the elves in the magical world of Santa Park, be part of the charming Elf school, taste the delicious gingerbread cooking in Mrs Gingerbread’s Kitchen, and take an enchanting ride on the Magic Train.

We have no doubt the snow is on its way and look forward to welcoming visitors from around the world as usual throughout the winter season.

I sincerely hope there will soon be a massive snowfall in Lapland. It is very unusual, however, not to have at least a few centimetres of snow around the Arctic Circle by now. 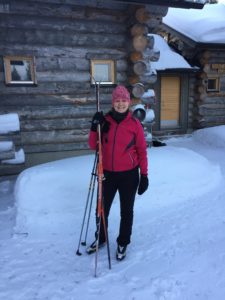 As you may know, I love snow and snowsports and was horrified when I read an article in The Times last month on how climate change is affecting snowfall all around the world.  Experts in environmental studies claim that there will be no snow by 2050. There will be severe snow storms, but the snow will melt almost as soon as it hits the ground. Luckily, I won’t be alive to experience a snowless world, by my children and grandchild will be. It’s a depressing thought. The evidence of climate change is all around us, yet the leaders of this world are doing too little to halt its progress.

A Book About Snow

Giles Whittel, who wrote the aforementioned article in The Times has also published a book called Snow: A Biography. I haven’t bought it yet, but if the article is anything to go by, this should be an interesting read to anyone who loves the winter and snow. This book will definitely be on my wish list for Santa.

It comes from heaven. It changes everything. It creates an alternative reality and brings on irrational behaviour in humans. But unlike most religions, snow has never had a bible, until now.

Snow is the next best thing to a white Christmas, an anthropology and travelogue for everyone from ski addicts to the millions of people who have never even seen it.

Meanwhile, in the fictional world of The Christmas Heart, Tom and Kaisa are knee-deep in the white stuff. I’m so glad that when I was doing my research for the book last January, Åre ski resort in Sweden was blessed with both beautiful fresh snow and sunny weather. 😉 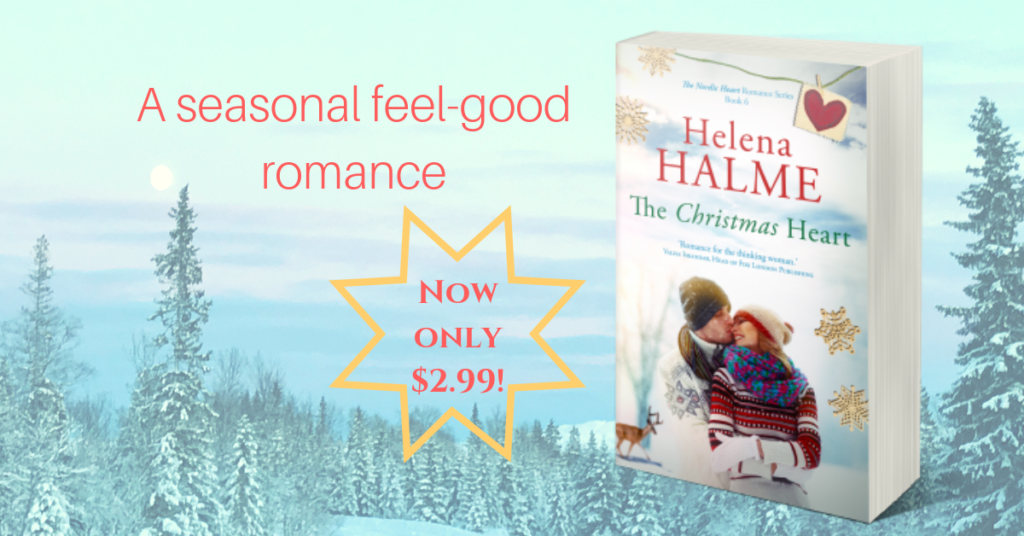