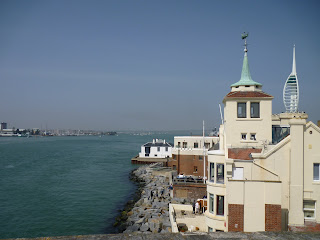 The Southsea factor has once again raised its lovely, sunny head.

Yesterday we drove down to the South Coast after a thrilling afternoon at White Hart Lane when we (Tottenham Hotspur) beat Chelsea 2-1. For those who don’t follow English football, Chelsea are another London team like us. But they are at the top of the Premier League and we are trying to get to a 4th position, a gateway to the Champions League in Europe. Yesterday’s win means we are now two points clear of Manchester City, the other team desperate to become 4th. Spurs are not often on a winning streak, and this win against the mighty Chelsea came three days after we beat our most bitter London rivals, Arsenal, again 2-1 on Wednesday night.

So hoarse from singing, ‘Spurs go marching on’, ‘ It’s so easy at the Lane’, ‘There’s only one Michael Dawson’, ‘C’mon you Spurs’, we drove down to Southsea to a friends’ party. As husband predicted on the drive down, the first drink didn’t touch the sides of the glass, and even though we were in that strange state of exhilarated exhaustion, we had a great time catching up with friends and making new ones. 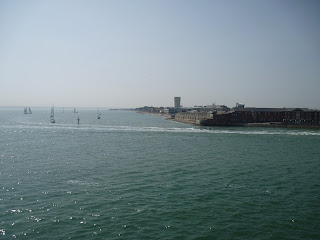 This morning, when I heard the familiar sounds of seagulls, I was immediately awake, keen to wander down to the seafront to smell the salty air. And what a day for a stroll along the battlements of Old Portsmouth: clear skies, hazy sunshine, volcanic dust from Iceland not withstanding. This time, instead of having the familiar conversation about really, really wanting to move down to Portsmouth, we’d been wise to our own predictable ‘Wouldn’t it be lovely to…’ -mood and had booked some house viewings. More about that later… 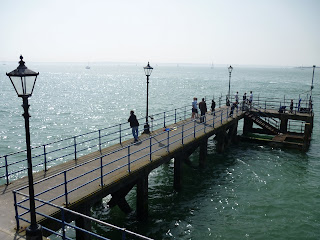 Then  it was time to be entertained by some more friends at lunch, and attend an auction of precious drawings produced by two gorgeous, very young artists. On the final drive along the seafront on our way home to Wiltshire, we concluded that instead of dreaming about a move down to the coast, this time it could really, truly become a reality. 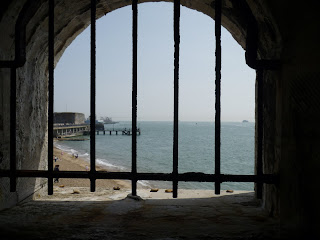 Football and the elusive book deal