There should be a song called, ‘It never rains in Palermo.’

For the past four days, the weather reports have predicted rain, but it’s just never materialised. Instead Sorellona (Italian for Big Sis – I think this nickname is going to stick) and I have been able to wander around the city under mostly sunny skies. The temperatures have been balmy 17 C or so; in other words much more pleasant than the current UK weather. We’ve hardly needed our coats, but since all the Palermatini seem to dress as if the city was about to be hit by snow storms, we too have wrapped ourselves in jumpers and scarves. 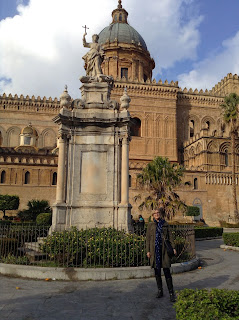 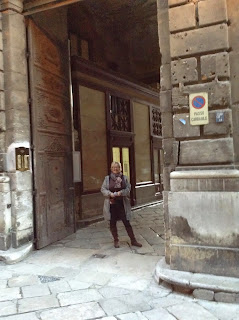 January in Palermo is quite a special time. I’ve not been to any tourist resort this much out of season, and while some things are not so good (many cafes and restaurants are closed or operate on a much reduced capacity), mostly people are very patient with our faltering Italian (Sorellona studied the language briefly a few years ago, and I use my French and English to get by). In general everyone in Palermo has been incredibly friendly, and not in the overly, insincere kind of way, but just plain easy-going and helpful. I’m sure in the markets we’ve been ripped off, but at least they’ve done it with a friendly smile! 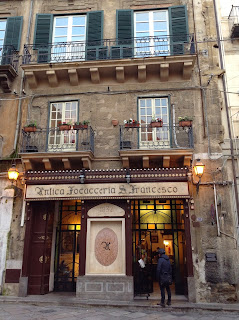 Yesterday we did some of the main tourist attractions, the Catedrale, Fontana Pretoria, Chiesa del Gesu, Chiesa Della Martorana and the lovely and the peaceful church and gardens of San Giovanni deli Eremiti (St John of the Hermits). 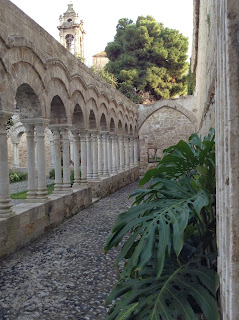 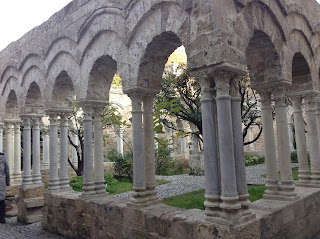 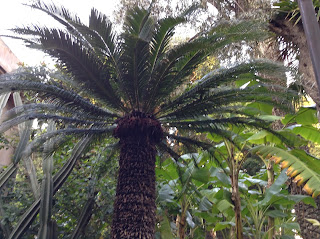 We walked to our temporary home in La Kalsa via the Ballaro market, but like with the nearby Vucceria food market, we were somewhat underwhelmed by its offerings. Perhaps this is another casualty of our timing; neither market has been particularly busy, which makes me think that many of the stall-holders are not bothering to turn up in winter. We had a much more satisfying food shop in an unassuming street off Via Belmonte, Via Principedi Scordia, where we found a small shop selling fresh fruit & veg, lovely meats and cheeses, as well as a tiny bakery.

With only two days left of our holiday, and Sorellona nursing a nasty cold as I write, we may have done all the sight-seeing we are going to do in Palermo this time. But I am certain I will be back, but perhaps next time we will hire a car and explore a little more of Sicily as a whole. I’d really like to go and see the ruins of Donnafugata, the fictional palace in the famous Sicilian novel, The Leopard. (And the 1968 film by Luchino Visconti). Sadly the palazzo in Santa Margherita di Belice, from where Giuseppi Tomasi di Lampedusa drew his inspiration for the setting of the novel, was destroyed in an earthquake in 1968. Still, I’d still like to experience the landscape and the scenery of journey the Salinas make at the beginning of the book to their summer residence. But just being able to see the city where Lampedusa wrote the novel has been a huge treat.

Besides, it’s always nice to leave something for the next time?