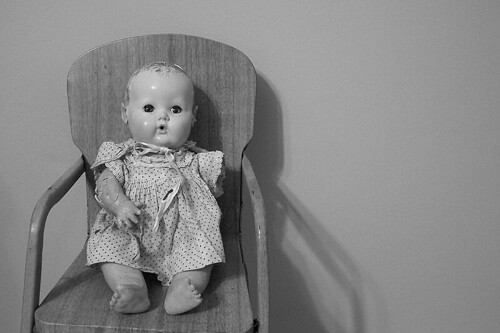 My sister Anja turned fourteen the summer we moved to . She was three and a half years older than me and always knew what she wanted, and usually got it. She was so beautiful everyone, including Pappa, found it difficult to refuse her. Besides, she had a way of speaking, of saying the right thing. I tried to do the same, but always failed. Anja’s hair was straw-coloured, curly and thick, while mine was a shade darker than blonde, straight and thin. Anja also had the shapely legs from Pappa’s side, the calves just the right form, not too long and straight like mine.

On May Day that same year she was caught drunk in the centre of . Mamma and Pappa came out of the cinema and saw her sitting on a park bench next to an unknown teenage boy, a ‘junkkari’, as Pappa called him afterwards. Anja had a half-empty bottle in her hand and Pappa said she could hardly speak.

‘I’ve never been so embarrassed in my life,’ Anja told me. ‘They dragged me away from an innocent walk in the park with my friends. I’ll never forgive Pappa,’ she said.

‘Pappa called the boy you were with a wastrel,’ I said.

Mamma talked to Grandmother Kaarina about the move to . We were standing behind Kaarina watching her paint the trunk of tiny round green tree on her picture. She was proud of Pappa for bettering himself, but Pappa didn’t approve of his mother’s new hobby.

‘It’s no hobby,’ she said to me and let me mix her colours. Sometimes she gave me an old canvas to paint on when I stayed with her. Now Kaarina turned her head away from the painting.

‘But Kirsti, rakas, Mikko has a job to go to that is well paid, doesn’t he?’ I worried the colours would dry and be wasted if Mamma didn’t let her carry on painting. The picture was of a very pretty town of stone houses and trees with a blue sky and white fluffy clouds on top.

‘Yes, but…’ Mamma replied, then saw me and stopped.

The next day Mamma was sitting on my bunk bed helping to pack my books. She said I should only take the grown-up ones, not the baby books.

‘You haven’t looked at those for a long time,’ she said nodding at a shelf. ‘We’ll put them in the storage boxes – you won’t lose them, they’ll be waiting for us at Kaarina’s.’

Grandmother would have to take a lot of stuff, I thought, and felt good that at least my teddy bear and doll would be in a safe home with her. They were baby things and I was nearly a teenager, not a child who played with dolls! Besides, Pappa kept telling us we couldn’t take everything.

Anja had no difficulty in deciding what to take and what to leave – she’d finished her packing the day before and was sitting listening to the radio in the living room.

‘Anja, Mamma needs your help with the cleaning your room,’ Pappa said.

‘Because it is your mess!’

‘And Lisa’s. We have to share a room, remember? Besides, she’s still packing, and the rest has nothing to do with me.’ Anja was looking through one of Mamma’s grown-up magazines.

‘Anja, we are all very busy packing, now please do as I say!’

Pappa stared at her, then came back to stand in the doorway to the bedroom. Anja turned the radio up when a song that she liked came on. Pappa glanced over to her but said nothing. I couldn’t wait to learn Swedish too.

‘Lisa will learn Swedish the quickest,’ Pappa said, leaning against the doorframe.

Mamma shot a quick glance at him

‘Why, surely Anja will? She’s already been studying it!’

‘As the youngest, Lisa will take to it like duck to water.’ He smiled at me. Seeing the look on Mamma’s face, he added, ‘Well, perhaps they’ll learn at the same pace.’

‘Anja will certainly have an advantage,’ Mamma said quietly.

‘How much are you expecting my mother to store? Some of it must be thrown out, don’t forget. Especially the old toys,’ Pappa kicked one of the boxes. Mamma looked at him and got up. Pappa followed her and I barely heard their raised voices above Anja’s loud music. I looked at my old doll Charlotte and imagined how she’d like it in a dark box for months on end, perhaps years. That was a very long time. Would she smell musty like our summer cottage on a warm day in spring when we visited for the first time after the snow had melted and Pappa could drive the Triumph all the way up the lane? After Mamma had hauled all the bedding out and aired it, the place smelled the same as it always did: sunshine and flowers. Could you air dolls in the same way? I decided I’d ask Kaarina to take the doll out once a week.

Mamma appeared at the door again, ‘Lisa, you must finish your packing. The lorry will be here in a couple of hours!’ Then she came and sat next to me on the floor, ‘You little daydreamer; what are we going to do with you?’