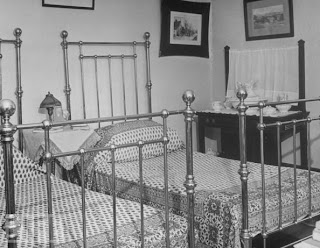 When Pappa told us that he could earn lots of money in if we all moved to , I was twelve and nearly as tall as him. I could touch his shoulders without being on tiptoe.

Mamma worried about the future. I’d heard her say so to Grandmother Kaarina while standing in her kitchen. Kaarina was painting, and Mamma and I were watching her dab tiny amounts of blue, which she’d mixed with red, onto the canvas. Her kitchen smelt of white spirit and coffee.

Kaarina started painting right after Grandfather, or Vaari, died. I never knew him, but Pappa told me how sad Kaarina had been. First she made the walls of her flat different colours. The hall became orange, the small bathroom at the end of the hall yellow. It reminded me of the chicks Kaarina bought one Easter and raised to hens in her two-bedroomed flat. Pappa just shook his head when we came to visit and my sister Anja and I held the soft feathered things in the palms of our hands. Kaarina told me what he said when she’d painted the bathroom with a small brush, the uneven effect then being some thirty years ahead of its time, ‘At least not many people will see it.’ Kaarina used a roller on the other walls in her flat, even choosing a fairly light green colour for her lounge. And she left the kitchen white. Her small bedroom, which had two single beds side by side, one was always empty, she’d made orange like the tiny hall. Pappa said her mother would soon come to her senses, but I was so used to the multicoloured rooms that I later missed them in our pale-coloured apartment in Stockholm.
Kaarina seemed to love Mamma more than her son. They were always talking with Mamma’s blonde close to Kaarina’s black and grey hair . And they laughed and smiled at each other when we visited. I thought how pretty Mamma was in her light blue trousers and a pale yellow blouse. She didn’t wear much make-up, just some pale coloured lipstick.
Kaarina’s flat was just a walk away through the park from my school. After Anja had started at Tampereen Lysio, and left me alone in the junior school, I’d walk through the park to Kaarina’s place and watch her paint. Or she’d send me down for cakes in the bakery on her street. I skipped down the stairs, deciding not to risk the lift. It would only jolt at each stop, making me think one of the wires would give way and drop the cage with me in it all the way to the cellar. The lady in the shop knew Kaarina and gave me the best Mannerheim cakes, where the raspberry jam was still runny in the middle and the sponge soft and warm. My favorites, though, were Laskiaspullat, large sweet dough buns filled with whipped cream. They were only baked in February for the Sleigh Day when the street was slippery and I had to keep to the sanded bits to avoid falling. The round-faced woman behind the glass counter wore woolen gloves, without fingers, to keep the cold out as she placed the large buns, with tops like hats, in a clean, white cardboard box. ‘Tell Kaarina we’re baking a new batch of rye bread tomorrow morning,’ she might say to me as I took hold of the string loop she’d made for me to carry the box.
Kaarina and I had coffee sitting at the round table with a cloth with tiny roses on it and watched mothers push their babies in prams up and down the street. Or see children playing in the sandpit outside her house, or on the two swings. When I was little, I used to play there too, and sometimes Kaarina would come down and push me higher and higher on the swings. Now they made an awful jarring sound and Kaarina said they should be fixed or replaced, ‘The little ones will get all sorts of disease from the rust on those iron chains, or hurt themselves on the splinters from the chipped seats.’ Watching people come and go, she told me who they were, and sometimes wave at someone. She was disappointed if they didn’t respond, after she had knocked on her fifth-floor window so hard, that I was afraid she’d break the glass.
When Mamma came to fetch me Kaarina squeezed me hard in her large uneven bosom and said, ‘You’re a good girl, Lisa.’ Then moving away she’d re-adjust her fake breast and go over to the window to wave us goodbye.