You may not realize that much of what writers do is really rewriting and editing. We give our first drafts several edits before we show it to anyone. A finished novel may have had trillions of different versions before it’s published. OK, perhaps not that many, but you get my point. (And that’s how it feels …)

I started writing THE ENGLISH HEART in 2009. It tells the story of how I met and fell head over heels in love with my British husband. In 1980 towards the end of the Cold War, he was an officer serving on a Royal Navy ship which came to Finland on an official visit. I was a student of Economics and we met under the sparkling chandeliers of the Britsh Embassy in Helsinki.

There were several complications to our love story. Not least because Finland had an uncomfortably close relationship with Russia. And I was engaged to be married to a very jealous and controlling Finnish man. (Who had a very dangerous hobby: guns.)

THE ENGLISH HEART is our story, yet it is not a biography, but a novel. There are scenes that actually happened, but there are also parts that are purely the result of my (unnaturally vivid) imagination.

It may seem strange to you that I wanted to change anything on THE ENGLISH HEART. This novel is one of my most successful titles. However, I wrote this book nearly ten years ago. I feel that I’ve progressed quite a lot as a writer in the intervening decade.

I also noticed from the many reviews of the novel that a couple of readers felt the story was a little slow with too many characters.

When I had the idea of updating the novel, I re-read it for the first time in years and immediately saw that the text did indeed need tightening up. Some characters seemed superfluous, while some scenes needed to be expanded.

At the same time, a friend had established an editing business. I worked with Kate Gallagher on THE ENGLISH HEART for about two months, and I think the final result will please even the most avid lovers of The Nordic Heart Series. I hope so anyway.

If you’ve already read it, you may not even notice a difference between the two versions. This would be fantastic news! My aim with the rewriting hasn’t been to change the essence or the feel of the novel. I only wished to make it tighter and a better read.

But don’t just take my word for it. THE ENGLISH HEART is now on a very limited Black Friday FREE offer.

THE OFFER ENDS MONDAY 30 NOVEMBER, SO HURRY OF YOU WANT TO READ THE BRAND NEW VERSION OF THE ENGLISH HEART FOR FREE!

Get your FREE copy now 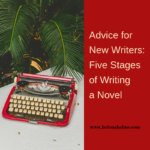 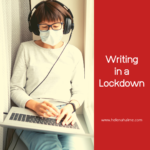