Out of a hap-penance, the Englishman and I have been in Scotland during this historic time when the country decided on its future.

We’d been invited for a weekend of fly fishing on the Scottish Borders (him on the river, me tucked up in the house by an open fire writing), so I decided to kill two birds by taking a week’s holiday and adding some time to do research for the sequel to The Englishman. The novel is partly set in Helensburgh, so I needed to ‘smell the air’ and get the sense of the place again. But we also decided to take a nostalgic look at Edinburgh, a city where we spent a very happy six weeks some 30 years ago.

What became immediately noticeable was how engaged everyone was in the the looming vote on Independence. In Edinburgh as well as in Helensburgh people were talking politics on the street, in cafes and pubs. There were both ‘Yes’ and ‘No’ signs, as well as Scottish and British flags, everywhere.
On the whole, the discussions seemed heated but good natured, and the only signs of political passion gone too far were a few defaced ‘No Thank You’ -signs placed on lamp posts and on fields around the countryside. In Queensferry I was accosted by a ‘Yes’ voter for sporting a ‘No’ sticker, but again, it was fairly good humoured banter rather than angry show of aggression. (The guy was also very good-looking, so I really didn’t mind…)
As a Finn, I can understand why a small country like Scotland would wish to be independent. However, as a student of Political Science and Economics, I couldn’t comprehend how Scotland would manage on its own after so many years being part of the United Kingdom. There were so many questions left unanswered about foreign policy, taxes, health care, pensions and so on.

Politics aside, I feel privileged to have been here when the Scottish vote was cast and am – I have to admit – quite relieved about the result. 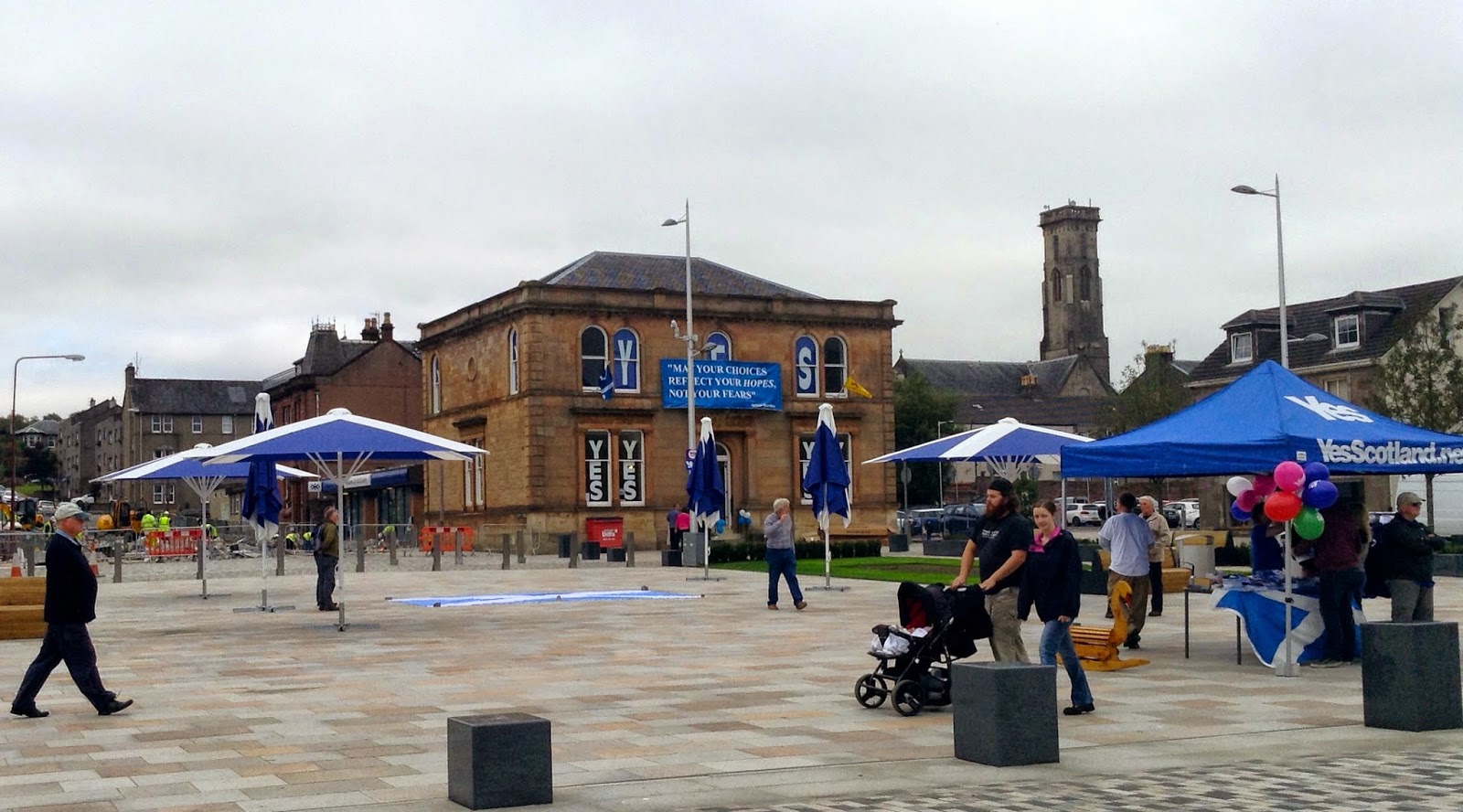