I’ve known Roz Morris professionally and have admired her writing (and writing advice), from the early days of The Alliance of Independent Authors. I was thrilled when she agreed to tell me more about why she decided to become an indie author.

After thirteen books I became a real author 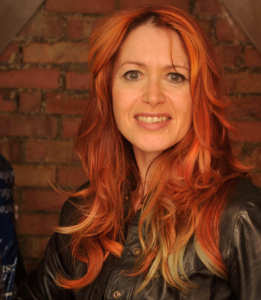 My first published book was a short volume about how to write.

Okay, it wasn’t my first. And indeed, it would have been cheeky to release a writing manual as my debut. It was, in fact my thirteenth published book, but the first with my name on.

Howso? I’d spent several years ghostwriting novels for others. I conjured the characters and thrashed out the stories, then they were adopted by a famous ‘author’. I started to teach upcoming writers, too, and discovered that one of their biggest problems was transforming a muddled pudding of ideas into a publishable book. That’s when I wrote Nail Your Novel. 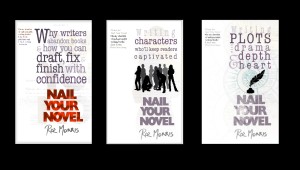 So, Nail Your Novel was the first book that carried my name. I had fun writing it and enjoyed the feedback from readers, but I still didn’t feel quite like an author. I wanted to write stories – plots and characters and entanglements made from my curiosities and preoccupations, carrying on the traditions of the books that had enthralled me. My writing career so far had been like a series of acting jobs. I wanted to speak as me.

I finished my first novel – My Memories of a Future Life. Publishers were keen to see it because I’d written some successful books for them, so I submitted it. The reaction was ‘good but too unusual’. They were hoping for an easy sell like a thriller or a conventional murder mystery. Instead I’d written a psychological, time-transcending, faintly romantic tale like On A Clear Day You Can See Forever, The Three Faces of Eve, Somewhere In Time, Lady of Hay. A bit of Vertigo and The Blind Assassin too. All very well, I was told, but those kinds of books were no longer fashionable.

(Quick aside. Fashionable? Who thinks about fashion when they choose a novel to read?)

Anyway, I released the book myself, thanks to the gods of Kindle and Createspace. From always working in a collaborative environment, with a brief, I was suddenly very solo. Very alone. Remember the first time you drove a car after you passed your test? How obvious the silence was, how you realised you were conspicuously responsible for everything? There I was, driving my book alone. Very nervously. Fortunately, I had a nice surprise. Readers wrote to me – complete strangers. When I ghostwrote, I never knew this happened. I never had a personal response from a reader who had spent time with my work.

For the first time, after thirteen other books, I felt like a real author.

More writing books followed, and another novel, Lifeform Three (where I did another extremely unfashionable thing, but that’s another story).

That first novel as myself feels like a major waymark. Before it, I was writing other people’s words, fitting others’ agendas, part of a machine. If I’d had a traditional publishing contract that would have continued, and my name would have been on books that weren’t truthfully me. But with that novel I graduated to performing an art myself, using what I knew for better or for worse. I had my own voice; my style; my identity on the page.

We live in marvellously mixed times now as authors. The downside is this: making a living from writing is more difficult than ever because there are so many books. There is much that is going wrong. But the upside is opportunity. We have amazing tools and resources. We don’t have to fit market fashions; we can take our inspiration from any books that have been personally important to us, even if they were published decades ago. This is how we are given books that have genuine originality – and transcend fashions. 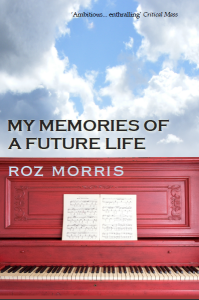 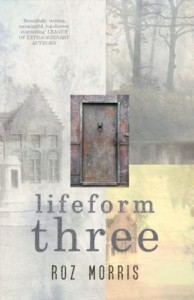 Self-publishing has let me follow my art and my heart. Because of it, I am the author I want to be.

My Memories of a Future Life – for readers of Vertigo, The Three Faces of Eve, Somewhere In Time, Lady of Hay, Cloud Atlas, The Blind Assassin

Roz Morris has published nearly a dozen novels and achieved sales of more than 4 million copies – and nobody saw her name because she was a ghostwriter. She is now proudly publishing as herself with two acclaimed novels My Memories of a Future Life and Lifeform Three. She has also been a writing coach, editor and mentor for more than 20 years with award-winning authors among her clients. She has a book series for writers, Nail Your Novel (and a blog http://www.nailyournovel.com), and teaches creative writing masterclasses for The Guardian newspaper in London. She has a show on Surrey Hills Radio, So You Want To Be A Writer. Find her books here.