I’m having such fun writing An Island Heatwave, Book 6 in the Love on the Island series, that I thought I’d share a sneak peek into the new book with you today.

You may remember Frida from the first book in the series, The Island Affair? In this short clip from the novel, Alicia, who is still reeling from the loss of her 17-year-old son, Stefan, some six months earlier, meets Frida for the first time. Alicia has just begun working for the local paper in Mariehamn, on the Åland Islands.

‘Hi,’
Alicia lifts her head and sees a young woman, with short-cropped hair, colored pale gray and blue, standing by her desk, with her arm stretched.
‘I’m Frida,’ she says.
Alicia gets up and takes the hand. It seems a very formal greeting from someone so young. Frida doesn’t look any older than Stefan, but her handshake is surprisingly strong.
‘I’m the summer intern,’ she says and she lifts one side of her mouth into a grin. ‘So basically I do everything around here.’ Her face is now in a full smile.
‘Right,’ Alicia says.
‘And my mother is an ABBA fan, hence the name.’ The girl looks down and kicks the floor with her left boot.
‘It’s a nice name,’ Alicia says.

In the first book, Frida becomes a very important person in Alicia’s life, not least because she was Stefan’s girlfriend. When Frida gives birth to a baby girl, Anne Sofie, Alicia becomes the baby’s adoptive grandmom.

If you’ve read the latest book in the series, The Island Child, you may have noticed that both Frida and Andrei are missing from the story. Some of my readers asked after this young couple, but there’s a good reason why they aren’t featured. Frida, together with her daughter, are in Romania where Andrei runs the family farm. But, you’ll be glad to hear, they are back on the island in the forthcoming novel, Book 6, An Island Heatwave.

In An Island Summer, Book 4 in the series, Andrei arrives in Åland to find the truth about the death of his younger brother, Daniel. The first person she seeks out is Frida.

But for Frida, Andrei is the last person she should fall in love with.

Unbeknown to Andrei, he is baby Anne Sofie’s uncle. After Stefan’s death, Frida briefly sought solace in the arms of their mutual friend, Daniel. The result was a surprise pregnancy. Tragically, Daniel drowned at sea before the baby was born.

Andrei finds it difficult to believe that his strong younger brother perished in a fishing accident. He thinks there’s foul play, especially when he discovers that Daniel was forced to work for nothing and trafficked into the islands by a notorious Russian criminal, Dudnikov. The same criminal whom Frida suspects is her father and the true source of her mom’s riches.

Love conquers everything, right? Well, as you may have found if you’re read all or some of the books in the Love on the Island series, deep emotions aren’t always enough for two people to succeed in making a go of it together. Reviewers have commented that my characters’ relationships are ‘realistically complicated’, something which I am delighted about. Love – and life – is often anything but straightforward.

And so it turns out to be for Andrei and Frida.

Frida’s home is in the Åland Islands. It’s where she grew up, and it’s where she wants her daughter to be raised. After inheriting a sizeable sum from her mom, she could live anywhere, but try as she might, she cannot imagine a life away from the island.

Andrei loves his farm almost as much as he loves his family. After the loss of Daniel, he needs to stay close to his other brother, Mihai, and sister, Maria, at home in Romania.

He also loves Frida deeply. But can he be with someone whose father he believes is behind Daniel’s death? And can he trust his baby brother to look after his family farm and set up a new life on the island, or is the pullback to the land of his forefathers too strong?

Here’s the promised little sneak peek into the new book, An Island Heatwave.

Frida and Andrei planned to spend a few weeks in Romania to hand over the running of the farm to Andrei’s younger brother, Mihai. But when Alicia arrives to welcome the couple home to the island, she finds only Frida and her daughter back in the large mid-town apartment.

Frida tells Alicia how a few weeks in Romania turned into six months. Week after week, Andrei promised they’d return to the island. Yet, time after time, he argued that his brother wasn’t ready to take on the farm.

‘I didn’t know what to do. In the end, I just left. What if Andrei is never ready to leave his family or the farm. What am I going to do then?’

Alicia tries to console the tearful Frida as well as she can, at the same time she fears the young woman’s instincts are right. She thinks back to how she herself missed her home on the island while living in London. How she never properly settled in England, always feeling like a stranger. However much she loved Liam, their son Stefan, and the lovely house in Crouch End, she always longed to be in Åland instead.

As she watches Frida dab at the eyes, smearing her make-up, Alicia reminds herself it doesn’t have to be that way. People can move, and many do, happily living in another country. Look at Liam. He isn’t regretting his decision to join Alicia on the island.

Alicia puts an arm over Frida’s shoulders and gives them a squeeze.

‘You have to give him time.’

Frida turns her head toward Alicia and tries to pull the corners of her mouth into a weak smile. She nods, but Alicia can see she’s not convinced.

You can now pre-order An Island Heatwave for just $2.99. The novel will be out in June (please ignore the date on Amazon) when the new title will revert to the usual price of $4.99. Just tap the button below to find out more. 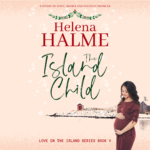 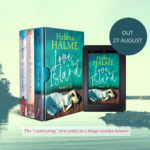 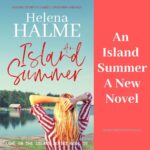