One thing is certain, I will not forget Christmas 2013 in a hurry.

On the evening of the 23rd December I felt so well prepared, it was almost uncanny that things went downhill only about four or five hours later.

For the week leading up to Christmas,  Daughter had been my wonderful Christmas elf, preparing all the Finnish foods: the vegetable bakes, meatballs, Finnish piparkakku (gingerbread cookies) and minced pies. I’d made the gravid lax two ways: with the traditional dill and with a new twist suggested by Big Sis: fresh ginger with sugar and salt and white pepper. The turkey was collected and ready for Christmas Day and the ham – the centrepiece of the Finnish Christmas Eve feast – was roasting in the oven. Just before bed, I glanced at my various lists and couldn’t see anything that need to be got, or to be done.

It was almost ridiculous how much I was looking forward to both the Finnish Christmas Eve with close family; The Englishman, Son, Son’s Fiancé and Daughter; as well as the Christmas Day when we’d be joined by Son’s Father-in-Law to be.

But at four am that same night, I woke up to a sound of someone retching. Poor daughter was being sick in her bathroom, and when I went past Son’s and his fiancé’s room, I saw they were both awake. Sitting up in bed and looking white as sheets, they told me they were both feeling very poorly indeed. For the rest of the night, we were all awake, me and the Englishman administering medicines while the poor youngsters were hugging porcelain. All of the ‘children’ were running temperatures and at one point  I wondered if we should take them all to hospital.

On Christmas Eve, while the ‘children’ were trying to get some rest, the Englishman and I went through the motions of a Finnish Christmas eve: rice pudding for a light lunch; mulled wine followed by a quiet feast of pickled herring, the gravid lax, the vegetable bakes and ham and meatballs. I don’t think we’ve ever eaten so little on 24th of December! 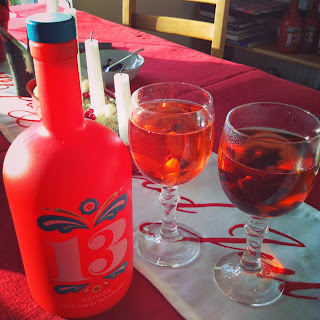 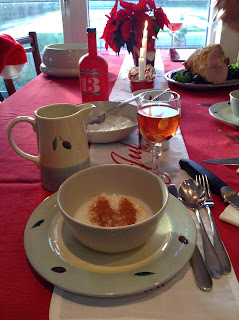 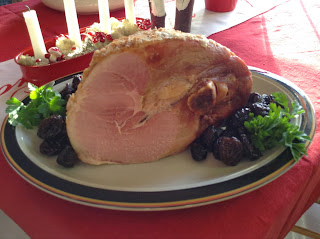 Luckily by Christmas Day, although still running temperatures, the young members of our party were well enough to be up and about, but all the champagne was left for the Englishman and I to drink. (Poor us…!!!) The youngsters did manage to eat a little bit of the turkey and trimmings (it was delicious), and even a glass of the excellent vintage port our new member of family brought us.

But it was only the day after Boxing Day – also Daughter’s birthday – that, after an excellent brunch at Bathazar in London’s Covent Garden, we were all able to fully enjoy the (by now) leftovers of both Finnish and British Christmas food. 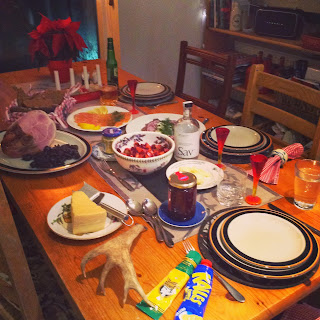 How was your Christmas?

Finnish Christmas and Heirloom restaurant, and the Savoy…