The Living and the Dead in Winsford is a novel with a slowly building tension, which only gives up on the last pages of this genius psychological thriller.

Maria Holinek has decided to spend the winter in a remote Exmoor cottage, with the single ambition to outlive her dog, Castor. Although she tells the locals she’s Maria Anderson, a Swedish author seeking the seclusion of Exmoor to write her latest novel, we soon discover that she’s in fact a well known TV personality in Sweden, and that she’s hiding a terrible secret.

In truth Maria should now be in Morocco, having fled Sweden under a cloud with her equally famous, or even infamous, literary professor husband, Martin.

Once in Morocco, Martin plans to write an explosive novel, which will reveal the truth behind dark events within his commune of writers a decade before. But the couple never make it to Morocco.
As the late autumn in Darne Cottage, the old stone dwelling she’s renting together with her dog, turns into a unforgiving Exmoor winter, Maria begins to feel less and less protected by her anonymity and remote location. The long walks along the wild, desolate moors no longer calm her nerves, but the opposite; the moors begin to scare her. The secret she hides, and the secrets of Martin’s exploits in Morocco, increasingly and persistently continue to disturb Maria, and she feels more and more vulnerable to both the forces of the Exmoor winter, and the people in her past.
On top of her own inner demons, other strange goings on haunt Maria. Is she being followed by stranger in a car? Has her terrible secret been discovered? Trying to keep her terror at bay, she befriends the nearest neighbour, an Englishman called Mark Britton who lives a few miles away in an equally lonely location. Mark Britton has a perfectly innocent reason to have settled where he is, but is he really as nice and as uncomplicated as he seems to be?

Nesser is a veritable godfather of Nordic Noir fiction. His series crime novels featuring the life-weary Detective van Veeteren have sold over 10 million copies in 25 countries.

This, Nesser’s latest novel, is a result of some time spent in the UK, and as the post script reveals he has personal experience of the harshness of a winter spent on a remote part of Exmoor. The impeccable research certainly shows in the descriptions of the long, muddy walks along the moors, where Maria often gets lost, and as a reader you feel a real fear for her safety.

Even though I personally have a real penchant for Nordic Noir, and particularly Nesser, I think this brilliant psychological thriller is well worth a read even if you’re new to Scandinavian fiction.
The Living and the Dead in Winsford
by Håkan Nesser
Published by Mantle
Hardback copy £14.99
(Amazon £10.30/Kindle copy £5.99) 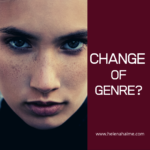