It’s been a few years since I last went to the London Book Fair. I remember the occasion well because as well as being my birthday, I got talking to an agent who asked me to send him my latest manuscript, ‘Immediately’. Nothing came of the exchange, but it was certainly memorable.

Another thing that struck me that day was the total lack of amenities for writers at the London Book Fair. Looking over the vast exhibition hall at Olympia, I wondered how it was that when your badge read, ‘Author’ you were the least welcomed visitor at any stall. Apart from the few self-publishing sharks who in those non-digital days were trying to sell their £1,000 a pop (and some) publishing ‘deals’, no-one else wanted to know an unpublished author. Yet, all the industry and deals being made in front of my eyes, must have begun with words written down by an unpublished writer (poet/photographer/illustrator).

That day, three years ago, I was feeling bold after my encounter with Mr Agent (and my birthday), and blagged a pass to the International Rights Centre on the second floor of the exhibition hall. I knew from my research that this is where all the agents sit and do their deals of the week. I wasn’t planning to accost any of the agents who had not replied to my approaches (the worst crime of them all in my book), although this seemed very tempting. Instead I just wanted to see what their secret den looked like. Sadly, it was quite disappointingly unglamourous. There were rows and rows of little cubicles where well-dressed (mostly) women sat and scribbled in their notebooks (this was the pre-iPad age). After wandering about for a while, I had a coffee in their private cafe and headed downstairs.

This year at the Book Fair, I felt so much more grown-up. I was here with a mission, to find out everything new going on in publishing. I had taken the precaution not to display my lowly badge of ‘Author’ but was surprised to find that this year there was something called Author Lounge at the fair. On closer inspection it was just the same old, same old: self-publishing companies, now offering digital deals costing much less money. (Progress?) I headed instead for the Digital Zone where I sat through a few lectures. These proved to be very educational. It is mind blowing how quickly the publishing industry is changing. Take dictionaries: the online digital versions of the two heavy volumes I still use give so much more content. It’s no wonder that these products can still be sold at a healthy price online. 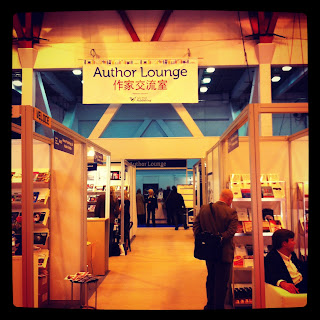 I also listened to the Booker Prize winning author, Howard Jacobson, who was interviewed by Lisa Appignanesi at the English Pen Cafe. He was so witty and self-deprecating that I immediately wanted to go and buy all of his books.

Listening to Howard Jacobson’s stories and being able to laugh at writers and the publishing industry was a perfect way to end the first day at The London Book Fair. 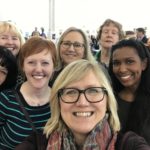 5 Reasons Why an Author Should Visit The London Book Fair

A-Z Blogging Challenge: A is for Agents