If you’re read this blog regularly you know by now how important my hair is to my appearance. I’d go as far as to say that I don’t really care about the rest as long as my hair is OK. So you can imagine that I was immediately tempted by a new salon to open in London, that of Italian born hairdresser Rossano Ferretti.

Rossano Ferretti isn’t just any celebrity hairdresser; he has solid roots (as it were) in the business having grown up in a rural Italian village where both his parents were hairdressers. (There is a picture of his mother on the wall of the London salon). He now runs 20 salons (in Milan, Paris, New York, LA, Miami, Venice, to name but a few cities) together with his sister, Lorenzo. London is his latest enterprise.

Rossano Ferretti himself says the reason for his success is a closely guarded technique called ‘The Method’, in which hair is cut in several directions to make it fall naturally. The colour treatments are different too: Clare, my hairdresser, blended several shades and with the help of cling film rather than the usual foils, applied it so that it looked ‘soft and harmonic’. My hair looked like it did when as a child I’d spent a long sun-filled summer in our cottage by the lake in central Finland. What’s more, my roots are barely visible now after more than two months (I had no time to have my colour done on my last visit). 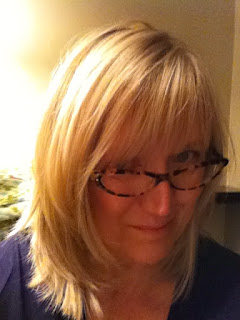 Another factor which I am sure contributes to Rossano Ferretti’s success across the world is that all his salons are set in old historic buildings. In London Rossano has turned a house on St George Street, which belonged to William Morris, (it’s handily just off Regent Street and opposite the Vogue offices), into a luxurious spa.

When you enter the house you’re first welcomed by a most handsome man (and you think you’ve stepped into a Calvin Klein perfume ad), then as you go up the spiral staircase to the first floor, a friendly lady settles you into a room with disconcertingly few mirrors for a hairdressers. Instead there is a large black shiny table where the consultation, as well as the colour application takes place. This is all in order to relax the client – Rossano has realised that no woman (or man for that matter) wishes to see themselves with head-full of foils or cling film. Clever man. 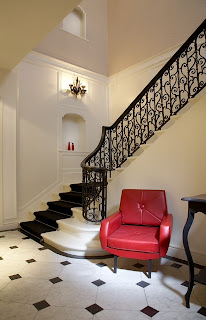 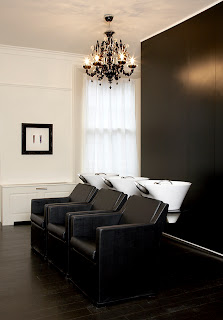 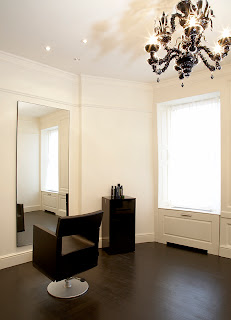 There are three more floors, including private spaces for those celebrity clients who do not wish to be seen by others while their tresses are being perfected. Everywhere there are chandeliers, black gleaming marble and smiling staff. It’s as if you’ve stepped into a wealthy person’s domain and you are the most important guest they’ve ever had in their mansion.

Of course this kind of luxury hairdressing isn’t cheap. But I have to say both my colour and cut have lasted longer than the usual six weeks, so… Also, for that occasional treat, I would wholeheartedly recommend the Rossono Ferretti experience. Come to think of it, my birthday is coming up….