I wonder if the first night of Kate and William’s newborn baby was as disturbed as ours. In our part of North London the heavens opened during Monday night. Violent storms with thunder and lighting raged until the early hours of Tuesday morning. As dawn broke, the weather was only a touch cooler, but as soon as the sun peeked out again, temperatures soared and we were in for another scorcher of a day in the city.

While I was trying to get my bleary-eyed self into gear and into the office in Camden yesterday morning, journalists and Royal followers were in a frenzy of reporting and expectations for that elusive glimpse of the new heir to the English throne. Outside the hospital, they waited and waited, while a steady queue of people ran past the scroll bearing the news of the birth at Buckingham Palace.

At around noon there was news of Kate’s hairdresser being spotted entering the Lindo Wing of St Margaret’s Hospital and that two gun salutes were also happening that afternoon in London; one in Green Park and another by the Tower Bridge. Since I was stuck in the office all day, I sent my very willing roving reporter @shmonn to capture some of the action, and here’s what she came back with.

And here’s the first appearance of Prince George yesterday with his very proud-looking parents, Kate and William. 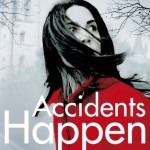