Now this is a subject where my two worlds collide – VAT on books. Both my Accountant’s and indy writer’s interests were alerted when I read today in The Bookseller about the latest news on this strange taxing anomaly.

There’s no VAT on books, is there? I hear you enquire. That’s right, there isn’t, unless these books are in digital form, in which case, in their infinite wisdom the HMRC have decided they need to charge the consumer 20% on their reading pleasure. (As if we struggling indy writers didn’t have enough troubles on our plate.)

There is a very small glimmer of hope in this area, however. A law firm, Berwin Leighton Paisner believes that they can take the HMRC to task on charging different rates of VAT on the same reading material. Their case will be heard in mid 2013.

But it’s not as simple as that.

HMRC have publicly claimed that if they have to change the VAT on e-books they will also have charge VAT on physical books. In other words, parity will mean VAT would be charged on all books, whether digital or physical. Obviously no-one wants this.

The tax man has pointed out that it’s illegal under the European Court of Justice to extend UK’s scope of zero-rated VAT. But the lawyers BLP argue that removing 20% VAT from e-books means that the Government would only apply an existing concept (of zero rated VAT) to a new technology product in the same category.

I sincerely hope that BLP win their case and 20% VAT is removed from e-books. To me, as an accountant and a novelist, it makes no sense at all to charge VAT for one but not for the other. 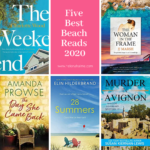 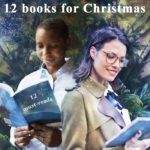