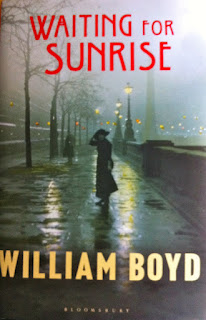 The only negative about a new William Boyd book is that it takes no time at all to read and then you have another two years or so to wait for another one.

Waiting for Sunrise, which took me about a week to consume, is vintage Boyd and doesn’t disappoint. It’s a thrilling spy thriller with a human story, which starts in Vienna before the outbreak of the First World War in late 1913, and ends in London about two years later.

The main protagonist is a handsome actor, Lysander Rief, who decides to go to Vienna to seek a cure for a complaint which is preventing him from marrying his actress fiance, Blanche. But as the weeks turn into months, the young Englishman gets entangled in much more than The River of Sex, which one of his newly found friends at the guest house tells him runs below the surface of the respectable Viennese society; or parallelism, the cure his doctor has prescribed to Lysander.

Having escaped back to London, in 1914 as war breaks out Lysander, in a moment of madness, enlists and briefly becomes a private in the army. He serves at an interment camp near Swansea, where the army makes use of his German language skills. But he’s soon transferred to another department for some more interesting duties, a dangerous commission he is unable to refuse.

With his new duties, Lysander Rief’s life becomes increasingly unpredictable and dangerous. He feels like a puppet controlled by strings, held by unknown people. He’s sent to Geneva on a mission, and barely surviving it, begins to mistrust everyone around him.

As the story weaves between Vienna, Geneva and London, the reader, just as Lysander, is unsure who’s speaking the truth and who’s lying. Who is sincere and who is acting. ‘We all act all the time’, Blanche says at one point.

In spite of its impeccable credentials as a fast moving, well plotted spy thriller, Boyd’s latest novel is also a study into the human condition. (He just can’t help himself) At the very beginning of the book Lysander consults a psychiatrist; as a result throughout the book he reflects on his own emotions through a diary he has titled, ‘Autobiographical Investigations’. This is a very fine tool for a writer – as well as telling the story from a third person point of view, Boyd is also able to let his reader into the innermost thoughts of the protagonist, without it seeming forced. The diary also makes the frequent sex scenes more realistic than a third person narrative would have done. Brilliant.

Another of William Boyd’s many talents as a writer lies in his ability to immerse the reader into the world he has created so completely, that the world outside – the real world the readers resides in – doesn’t seem to matter. He takes you into a turn-of-the-century cesspit of espionage. He places his protagonist in unreal, wonderful situations with – say – a femme fatale, or a passionate madwoman. He eggs the reader on, not letting you rest until the story is finished.

Boyd’s characters in Waiting for Sunrise are so skilfully drawn, that you feel as if you’ve lost a couple of friends, few enemies and several unpleasant acquaintances when the book comes to an end.

Yes, I’m in mourning for the world in Waiting for Sunrise. Let’s hope Boyd is working hard on a new story… 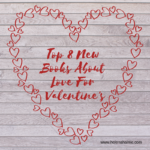 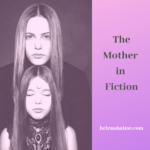